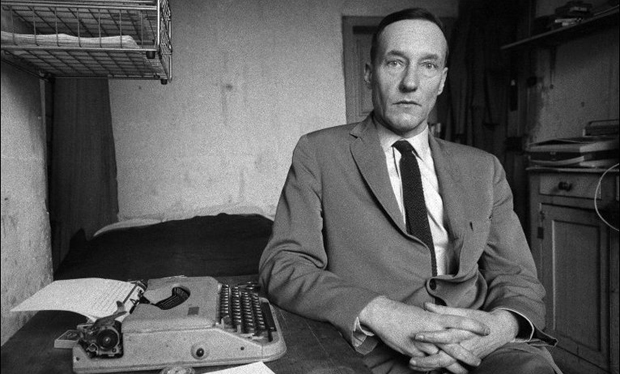 A key figure of the Beat Generation, William S. Burroughs was an American postmodernist novelist, essayist, poet and spoken word performer. Having written 18 novels, six collections of short stories and four collections of essays, Burroughs significantly influenced literature and popular culture and is still looked up to by modern writers.

William Seward Burroughs II was born to a wealthy and prominent family on February 5, 1914 in St. Louis, Missouri. His grandfather, William Seward Burroughs I was the inventor and founder of the Burroughs Corporation. Growing an interest in writing since an early age, Burroughs began writing journals and essays in early adolescence. His privileged background helped him in making it to Harvard University where he went in 1932 to study English and Anthropology. Burroughs also attended a medical school in Vienna later. Unfortunately, Burroughs became afflicted with drug addiction after being rejected by the Office of Strategic Services and U.S. Navy in 1942 to serve in World War II. The drug addiction problem affected him throughout his life. He was highly addicted to heroin. He moved to New York in 1943 where along with his friends Allen Ginsberg and Jack Kerouac, William S. Burroughs founded the influential countercultural movement of the Beat Generation.

Burroughs moved to Mexico with his second wife and son in 1949.On September 6, 1951, a drunken Burroughs accidently killed his wife by shooting her as a part of a prank. He was charged with criminal imprudence in Mexico City. His son was given in the care of Burroughs’ parents. After being released on bail, Burroughs fled Mexico and travelled to South America in search of a drug named yage, which is supposed to give the user telepathic powers. All the while, Burroughs corresponded with Ginsberg through letters. His adventures and experiences explained in these letters were later compiled in a volume and published as The Yage Letters (1963). Burroughs also lived in London, Paris, Tangier, and New York City before finally settling down in Lawrence, Kansas in 1981.

Using the pen name, William Lee, Burroughs published his first book, Junkie: Confessions of an Unredeemed Drug Addict in 1953. Although his debut novel did well, Burroughs is best known for his third novel, Naked Lunch (1959), which was published after the treatment of his drugs addiction. The novel was initially seen as obscene but slowly spread all over Europe and the United States gaining popularity not only amongst the members of the counterculture but also literary critics. The manuscripts of Naked Lunch also proved to be useful for Burroughs’ other works such as The Soft Machine (1961), The Ticket That Exploded (1962), and Nova Express (1963).

A heart attack in 1997 killed William S. Burroughs on 2nd August at his home in Lawrence, Kansas. He was buried at a family plot in Bellefontaine Cemetery in St. Louis, Missouri. The American Academy and Institute of Arts and Letters elected Burroughs in 1983 and was awarded the Ordre des Arts et des Lettres in 1984 by France.