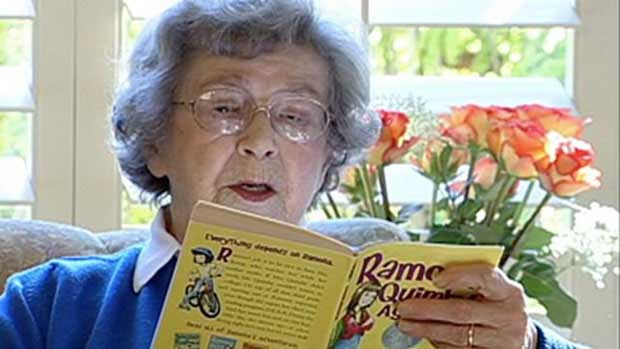 An American author, Beverly Cleary was born on April 12, 1916. She lived on a farm in Yamhill. Although the farm had no library, books were sent to her from Oregon to Yamhill since her mother had a strong affiliation with the library over there. When Beverly turned six, her family moved from Oregon to Yamhill where she got enrolled in a school. However, she couldn’t adjust with the city life which indeed had an impact on her performance in school. In her initial days, she had to struggle with reading and blamed her teachers for the books that she was required to read. This also affected her health. With time, she began to adapt. Her school librarian played a major role in reviving her love for reading once again. She encouraged her to look out for books that she could easily relate to. Not only did she encourage her to read but to write as well. It was she who gave her the hope that one day she could write for children.

At the age of 18, she moved to California. In 1934, she graduated with a BA in English from the University of California. She then joined the University of Washington and earned a degree in library science. The latter one gave her an opportunity to work with children and developing close relationships with them. Just like her librarian, she also provided children with books on subjects that they could relate to.

In 1950, she published her first book, Henry Huggins. The book revolved around a boy, dog and his friends. Beverly said that the book was a reminiscent of the children whom she grew up with and also those who used to listen to her stories during the library hours. While writing, she used to put her mom’s advice into her books and made her writing simple and humorous that created wide mass appeal. She also incorporated universal human experiences into her books, an advice given to her by one of her professor during her college years.

Her books have been published in 20 different languages. She has received many accolades and awards for her books too. In 1955, she published Beezus and Ramona that revolved around the Quimby sisters. Beverly wanted to write more and more books about children but she was a bit uncertain about the fact whether she had the experience or not. With time, she added wit and charm in her stories for children. Her purpose was to catch interest amongst her readers and motivate them to read more.

In 1940, she moved to California and married Clarence T Cleary. The couple have two children. Till now she resides there and continues writing. Her books are an international bestseller.