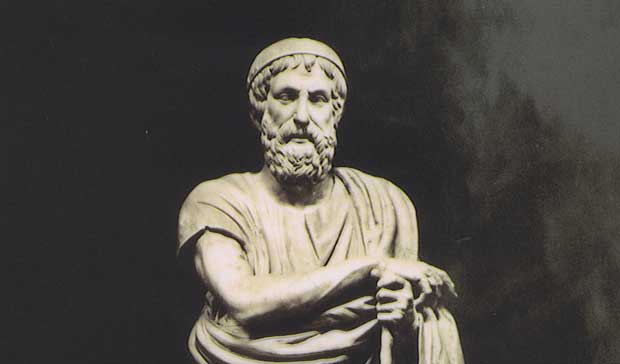 Homer is unarguably the greatest poet of ancient times. He is the composer of Iliad and the Odyssey which hold the privilege of being the greatest poems of world literature. Although it is not known for sure when Homer was born, the time of his birth is estimated somewhere between the 8th and 9th century B.C, however, another school of thought states that Homer lived during the era of the Trojan war in the early 12th century B.C. Homer belonged to Greece by birth but the exact location of his birth and living is also doubtful. Some believe that he was born on Chios Island while others say he lived in Ionia. The dialect and descriptions in his poems point towards the latter. Not much is known about Homer the person and therefore, his poems are used to depict his personality and life. For example, Homer is thought to be blind due to the description presented of the blind bard in The Odyssey. In fact, it is also supposed that the word Homer was used to address blind men roaming the streets reciting classical poetry. Other than being a poet, historians believe that Homer was also a story teller and a court singer.

Although there has been a great deal of controversy about the question whether Homer alone wrote the two famous poems, much of the evidence points towards Homer being the author due to the consistent style of writing. Also some analysts argue that Homer may have written one of the poems but not the other since both differ greatly in style. In contrast, the reason other analysts state for this difference is that Iliad was written in his youth while Odyssey was created during Homer’s years of age.

The famous epic, Iliad narrates the happenings in the city of Ilion during the Trojan War. Ilion was a city within the state of Troy. The word Iliad is derived from the name of the city and its literal meaning is ‘something concerned with Ilion’. The Iliad is a poetic description of the war, its main characters, fighters, incidents and scenes from the war. It explains how the Greek and Trojan warriors gain strength from their Gods and make sacrifices in their name. Although the Iliad focuses only on the last year of the war, it is an exceptionally lengthy account of the warfare.

Odyssey is based on a Greek character Odysseus. This epic poem focuses on the ten year long journey Odysseus made from Troy to Ithaca after the end of the Trojan War. The events leading to the start and conclusion of the war are explained in detail. The poetic story illustrates the dangerous adventures of Odysseus on his journey back home and also the ordeals his family goes through in Ithaca in his absence. The poem is written in 12, 110 lines of dactylic hexameter. It has been translated into numerous modern languages of the world and continues to be read widely.

Although the Iliad and Odyssey are Homer’s best known poems, more of his works, for instance, Homeric Hymns have come to surface. Sadly a lot of his other works are believed to be lost in time.