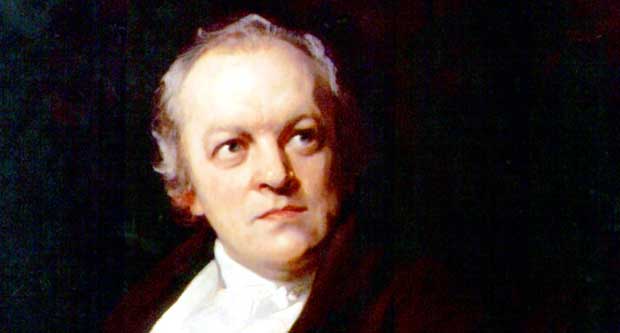 The English poet, artist and mystic William Blake is regarded to be amongst the most significant figures of visual arts and poetry of the Romantic age. Although Blake did not receive the deserved recognition during his lifetime, he is remembered today as one of the greatest literary figures and artists of Europe. His exceptional philosophies, creativity and expression are the key factors of his brilliant works.

William Blake was born on November 28, 1757 at 28 Broad Street, Soho, London. He was the son of a hosier. An imaginative young soul, Blake admitted to having visions of God and angels. He also had long conversations with his deceased brother. Blake’s parents belonged to the Moravian Church. Throughout his life, William used the Bible as a source of inspiration for many of his works. His parents believed in Blake’s talents and supported him in every way that they could. Identifying Blake’s artistic and creative instincts, his parents sent him to Henry Pars’ drawing school at the age of 10. Before entering the drawing school, Blake spent just enough time to learn to read and write at a regular school. Four years later, Blake began his apprenticeship with James Basire, the official engraver to the Society of Antiquaries. Blake continues to work with Basire for seven years creating numerous sketches and drawings of various paintings, monuments and statues as part of his assignments. He gained immense knowledge on gothic art and architecture and also developed a keen interest in the medieval era. During this time Blake met many influential and prominent artistic, literary and intellectual figures of London. For a brief period of time after attending the drawing school, Blake entered the Royal Academy under Sir Joshua Reynolds but left shortly after realizing his creativity being restricted due to the atmosphere. Blake began working with publisher Jospeh Johnson as an engraver in 1780.

In 1782, Blake entered into marriage with an illiterate woman, Catherine Sophia Boucher. Blake taught her how to read and write and the marriage was largely a happy one. The couple lived in harmony and worked together on many of Blake’s publications. In 1783, Blake published his first collection of poetry entitled, Poetical Sketches. He continued to write poetry and also began illustrating and even printing his poetry himself. He experimented with different methods and styles of both illustration and printing. His highly imaginative illustrations were creatively drawn and most often focused on the human anatomy. His volumes contained beautifully drawn and decorative margins which were different in every work. Blake also rendered his services to illustrate the works of other writers.

The Blakes moved to Felpham, Sussex in 1800. Here, Blake illustrated works for poet William Hayley. In 1803, Blake was acquitted for uttering subversive remarks against the king during a violent confrontation with a soldier. Blake continued to make illustrations for his Book of Revelations and also for works of others such as Geoffrey Chaucer’s 14th Century Canterbury Tales, Robert John Thornton’s Virgil and John Milton’s Paradise Lost. In 1821, Blake and Catherine move to lodgings in Fountain Court, Strand where he worked on the book of his last patron, John Linnell. William Blake passed away on On August 12, 1827. He was buried in an unmarked grave in the Non-Conformist Bunhill Fields in London where Catherin accompanied him four years later. A monument was erected in the memory of Blake and his wife in the Poet’s Corner of Westminster Abbey, London in 1957.