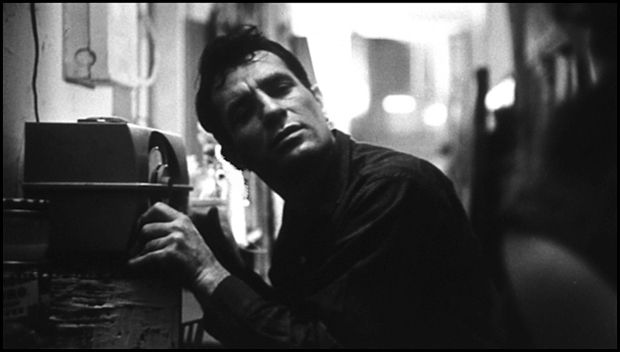 A pioneer and icon of the beat generation, Jack Kerouac was an American novelist and poet best known for his broad vision and influential work. A stylish personality reflected in his work which is a blend of issues ranging from poverty, drugs and travelling to jazz, spirituality and Buddhism. Kerouac’s most famous novel, On the Road (1957) is still enjoyed by readers for its impulsive style.

King of the Beats, Jean Louis Kerouac was born in Lowell, Massachusetts on March 12, 1922. He died at the age of 47 in 1969 due to internal bleeding caused by long term alcohol abuse. Kerouac came from a French Canadian family and spoke French in a Canadian accent. He also attended a French Canadian school in the morning but learned English at another afternoon school. Kerouac attended the Horace Mann School in New York and later went on to study at Columbia University where he met William S. Burroughs and Allen Ginsberg who became his lifelong friends. Together the three boys started the Beat movement which led Kerouac to become an iconic literary figure of the 20th century.

Before becoming a full time writer, Kerouac worked at several jobs including The Lowell Sun where he was a sports journalist, United States Merchant Marine, United States Navy and other temporary jobs in the food and construction businesses. A fervent writer, Kerouac always carried a notebook, writing lengthy letters to friends or just putting down his thoughts. His first book, The Town and the City, which did not do well, was published in 1950. His second book, On the Road came 6 years later. Although at first no publisher was read to publish it due to Kerouac’s experimental writing regarding homosexuality, drug use and minorities, the book became a literary sensation and received an enthusiastic review from The New York Times. On the Road was an autobiographic account of Kerouac’s adventures on road trips from USA to Mexico.

Although Kerouac’s spontaneous prose was highly admired, he constantly strived to improve it. He wrote Visions of Cody in 1952 (published 1972) another memoir of a road trip using the sketching technique suggested to him by his friend Ed White. Exploring more sides of his literary personality, Kerouac also turned towards writing poetry producing collections including Scattered Poems (1971) and wrote works such as Mexico City Blues (1959), experimenting with idioms of jazz and blues. After turning to Buddhism (1953-1956), Kerouac completed The Subterraneans in 1953 to be published in 1958. With time, Kerouac also became interested in another genre, Haiku, which produced another masterpiece, The Dharma Bums (1958).

Kerouac’s Big Sur(1961) is another of his famed works in addition to Vanity of Duluoz (1968), an autobiographical account of his childhood. Desolation Angels (1965) is a description of his 63 days spent on top of Desolation peak in Washington. His essays, Evergreen Review: Essentials of Spontaneous Prose (1958) and Belief and Technique for Modern Prose (1959) are still important to writers looking for some excellent advice.

An honorary degree was awarded to Kerouac by the University of Massachusetts Lowell in 2007. In 2010, the 25th anniversary of ‘Lowell Celebrates Kerouac’ literary festival was celebrated in Lowell, Massachusetts. Big Sur, directed by Michael Polish is scheduled to be released on the big screen in 2012.