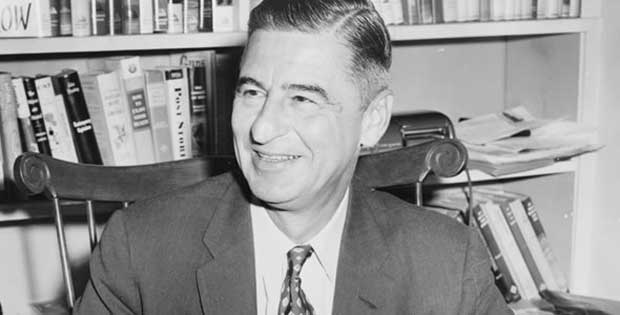 Theodor Seuss Geisel, known to the world as Dr. Seuss was born on 2nd of March 1904 in Howard Street, Springfield, Massachusetts. He is widely recognized for his contribution as a writer, poet and cartoonist. He wrote 46 books for children mainly based on imaginative characters and rhymes. His work has also been adopted into many television specials, feature films and television series.

Geisel credited his mother to be his first inspiration. She often chanted rhymes to her children in order to sooth them to sleep which developed the desire and affection in Geisel to create rhymes. His early life in Springfield and the memories of his childhood had an influence on his writings which can be observed in his work.

In 1925 Geisel left Springfield to attend his college education from Dartmouth College. There he became member of college’s humor magazine “Jack-O-Lantern”. Later he was raised to the rank of editor in chief of the magazine. His tenure as editor was short lived though because he was forced to resign from all extracurricular activities on being caught throwing a drinking party in his dorm. This however did not stop Geisel from making contributions to the magazine, in order to continue his publications he started signing his work using “Seuss” as his pen name.

Upon his passing out from Dartmouth College, Geisel went on to Oxford for fulfilling his father’s dream, who wanted him to become a college professor. He entered Lincoln College to earn a Doctorate degree in English Literature, a task he never accomplished.

After his return to United States, Geisel became associated with different magazines which include The Judge, Liberty and Vanity Fair. He started submitting humorous articles to these magazines. His advertisement for a common insecticide company called Flit, won him national recognition. Seuss made his first publication as cartoonist on 16th July 1927 in The Saturday Evening Post.

During the World War II era, Geisel turned his focus towards political cartoons. He drew more than 400 cartoons for New York’s daily newspaper, PM. With the aim to extend his contributions to the war efforts, Geisel got enrolled in US army as commander of the Animation Department. There he made a series of adult army training films. His work with First Motion Picture Unit of US Army introduced him to the art of animation.

As the war ended, Geisel moved to California and resumed his work on children’s books. He wrote many famous books which won him wide recognition and appreciation. In 1954 Geisel was approached by William Ellsworth Spaulding, the director of the education division at Houghton Mifflin, to write a book using only 250 out of preselected 348 words which William thought were important for first grade students to learn. The idea was inspired by the report published in Life magazine on illiteracy among school children. The report said that children were unable to learn reading because their books were boring. The result was “The Cat in the Hat”; a perfect blend of Geisel’s verse rhythms, drawing skills and imaginative power. This book along with others written for your young children, were huge success both at national and international level.