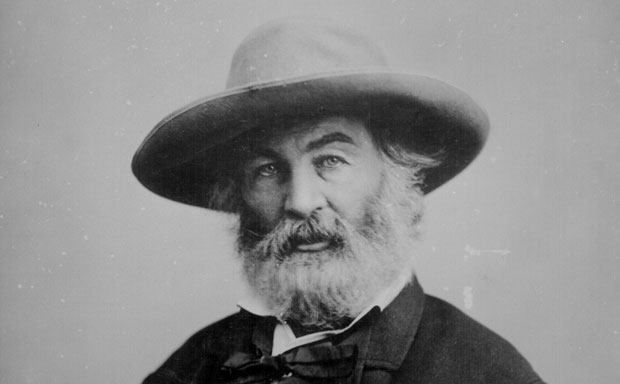 The father of free verse, Walt Whitman was an American poet, essayist and journalist whose work served as a transition between transcendentalism and realism. Known for his bold writings, Whitman produced several controversial works such as Leaves of Grass.

Born in Long Island to a Quaker carpenter on May 31, 1819, Walter Whitman was the second of nine children. After finishing formal schooling, Whitman began learning the printer’s trade at age twelve and developed a profound affection towards reading. He admired the works of Homer, Dante and Shakespeare. After spending five years in the printing industry, Whitman began teaching in 1836 at one-room school houses of Long Island. Whitman’s teaching career ended in 1841 when he turned towards journalism for a livelihood. During his career as a journalist, Whitman founded the Long-Islander which was a weekly newspaper and also edited a number of other Brooklyn and New York newspapers. He worked at the Brooklyn Daily Eagle, however, left it in 1848 to join the New Orleans Crescent as an editor. Also in 1848, Whitman founded another newspaper entitled the Brooklyn Freeman.

In 1855, Whitman published the first edition of Leaves of Grass on his own. The collection consisted of twelve poems in addition to a preface. A second edition of the book which contained thirty-three poems was released in 1856. It was followed by several more editions by Whitman striving to refine the volume. At the beginning of Civil War, while writing and working as a freelance journalist, Whitman attempted to contribute socially by visiting and caring for wounded people in New York hospitals. In 1862 he set off to Washington to look after his wounded brother. Wanting to do something for the many people he witnessed in suffering, Whitman worked voluntarily in hospitals while trying to support his expenses by obtaining a clerk’s job at Department of the Interior. However, sadly, Whitman was terminated from the job when the Secretary of the Interior, James Harlan discovered the identity of Whitman as the author of Leaves of Grass which he found offensive.

In Washington, Whitman led a financially tight and uncomfortable life. Living on a clerk’s salary, Whitman spent any extra money and even gifts received from friends on buying nursing supplies for patients he cared for at the hospitals in addition to sending some money to his widowed mother and an invalid brother. Every now and then, other American and English writers would send him small amounts of money to show their support.

Whitman stayed in Washington for eleven years before moving to New Jersey in early 1870’s. Although Whitman went to New Jersey only to pay a visit to his dying mother, he was unable to return after suffering a stroke himself, due to which he had to stay with his brother until the publication of Leaves of Grass once again in 1882. The new publication provided Whitman with enough money to buy a home in Camden. Spending the last years of his life in the new home, Whitman used his time to revise and make additions and amendments to a new edition while also composing a final collection of poems and prose entitled, Good-Bye, My Fancy (1891). Walt Whitman was buried in a self designed and self built tomb in Harleigh Cemetery after his death on March 26, 1892.