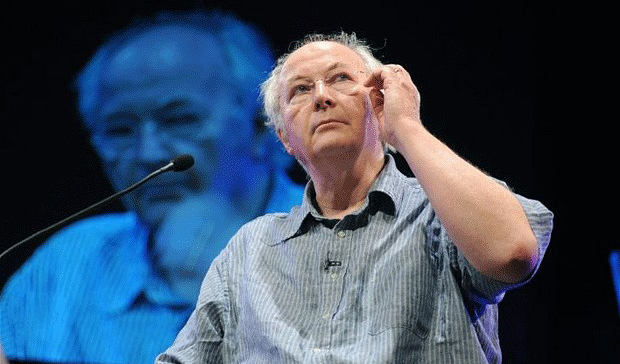 Philip Pullman, born on 19th of October 1946 is a writer from Norwich, England. He is the son of Audrey Avelyn Pullman Alfred Outram Pullman. He spent most of his childhood in travel as his father was in the Air force. Part of early days, he lived in Australia, as his mother remarried. That is where he developed his love for writing. He was very amused by the comics and their characters especially Batman and Superman. During 1957 Pullman spent his time with his grandfather in Norfolk where he found John Milton‘s ‘Paradise Lost’ that later became the base for his work ‘His Dark Materials’. After finishing school he studied in Exeter College, Oxford where he did his Bachelors in Arts in 1968. He also discovered William Blake‘s illustrations in 1970 that also influenced him in his works later on. In the same year he got married to Judith Speller.

He taught middle school children at Bishop Kirk Middle School in Summertown, North Oxford. Along with teaching he started pursuing his love that was ‘writing’. His first book was ‘The Haunted Storm’ that also received the ‘New English Library’s Young Writer’s’ Award in 1972. He also wrote an adult fiction novel called ‘Galatea’ in 1978. Inspired by his school plays he wrote his first book for children named ‘Count Karlstein’ in 1982. After his second book ‘The Ruby in the Smoke’ was published in 1982, he stopped teaching and devoted all his time to writing books. However he did teach as a part time job later in Westminster College, Oxford during 1988 to 1996. He started working on ‘His Dark Materials’ in 1993 and in 1995 he got a prestigious award, The Carnegie Medal, for his book ‘The Northern Lights’. He also got the Guardian Children’s Fiction Award for it.

Philip Pullman has been writing continuously from 1996 as this is his passion. He was also given the CBE Award in the New Years Honors List in 2004. Some of his other activities besides writing include giving talks and co judging the Christopher Tower Poetry Prize, an award of the Oxford University which he did in 2005. He also worked as a Lecturer of English at his alma mater in Exeter College of Oxford University. He also got elected in the Presidency for Blake Society.

Pullman was given the ‘Astrid Lindgren Memorial Award’ in 2005 by the Swedish Arts Council. He started his book ‘The Book of Dust’ in 2008 which is a follow up of his famous book ‘His Dark Materials’ trilogy. Along with this ‘The Adventures of John Blake’ was in the process of being written which was a contribution to the British Children’s comic ‘The DFC’. He was also made an honorary professor at the Bangor University’. Another notable career boost was the Fellowship supporting the Master degree in Creative Writing at Oxford Brookes University. Pullman became a benefactor of ‘Palestine Festival of Literature’ in 2009. The most prestigious achievement for him was receiving the D. Litt.(Doctor of Letters) degree by the Oxford University. There have also been some screen adaptations of his works like ‘I was a Rat’, ‘The Butterfly Tattoo’ and ‘The Ruby in the Smoke’.