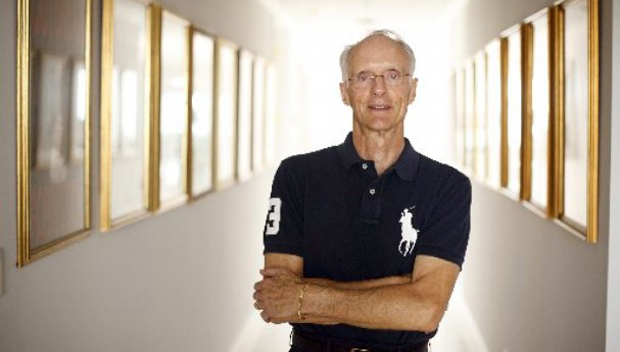 Robin Cook is an American physician and writer of novels about medical issues united with thriller genre. He was born in Queens, New York. Cook was graduated from the Wesleyan University and Columbia University College of Physicians and Surgeons. His post graduate studies were from Harvard University. His books are a fusion of medicine and fantasy.
In his childhood Cook wanted to become an archaeologist and then later on his aspiration turned to medicine. He was a class valedictorian and graduated with Chemistry as his major and gaining a distinction in Government. He was in charge of the Blood/Gas chemistry lab at the Columbian Presbyterian Hospital.

After he was fully trained, Dr. Robin Cook went to the Navy where went to the submarine school and navy diving school. After his service ended in the Navy, he worked in the Ophthalmology department in Harvard. His career as an author started with his novel ‘The Year of the Intern’. This novel was written underwater while he was in the Kamehameha in 1972. In 1977, a second novel followed called ‘Coma’. This went on to become an instant hit and eventually a bestseller. Cook wrote this novel while at job as a senior ophthalmologist at the Kennedy School of Government. Cook has written more than twenty five best sellers till date and has sold over one million books all of which are about medicine and biotechnology related ethical issues. His goal was to enlighten the public of issues such as organ transplantation which he did in his book ‘Coma’. The issue of stem cells and egg donation was dealt in his book ‘Shock’. Bio terrorism and xeno transplantation was looked into in the books ‘Vector’ and ‘Chromosome 6’. His recent books are ‘Critical’ and ‘Foreign Body’. The later is concerned with the recently growing problem of medical terrorism.

Cook likes being called a doctor who writes as he quotes:
I joke that if my books stop selling, I can always fall back on brain surgery,” he says. “But I am still very interested in it. If I had to do it over again, I would still study medicine. I think of myself more as a doctor who writes, rather than a writer who happens to be a doctor.” He explained the popularity of his works thus: “The main reason is, we all realize we are at risk. We’re all going to be patients sometime,” he says. “You can write about great white sharks or haunted houses, and you can say I’m not going into the ocean or I’m not going in haunted houses, but you can’t say you’re not going to go into a hospital.

His books help in teaching people about issues they would normally find uninteresting but the way Cook puts them they grab the attention of his readers. Many of Cooks works have been made into films. The topics of his books can be made into very interesting movies with a thriller genre.

He currently lives with his wife Miss Jean Reeds sometimes in their home in Florida and sometimes in New York. He has been awarded with ‘Author of Vision’ award in 2002.