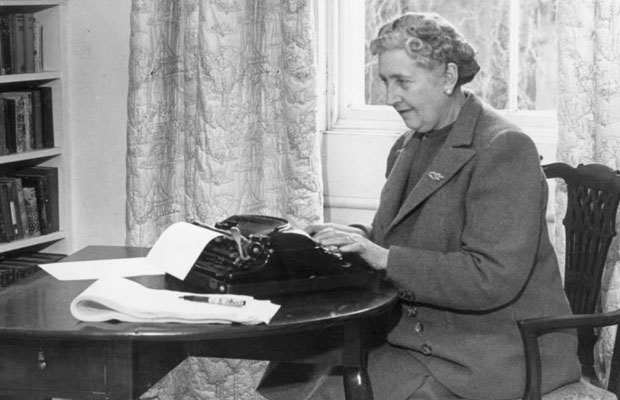 Agatha Christie is reputably known throughout the world as the “Queen of Crime”. The Guinness Book of Records cites her as the second best-selling author of all time, after William Shakespeare. She also has the honor of being the most widely translated author. Her books have been translated into more than 103 languages.

She was born in Torquay, Devon, England. She did not receive any formal schooling, but did not lack education either. She taught herself to read from a very young age. During the First World War, she worked as a nurse at a hospital and there met her husband, Archibald Christie. In that period, she also started writing books.

The Mysterious Affair at Styles marked the inception of her fictional crime writing career and also gave the world one of the most enticing characters in literature – Hercule Poirot. A retired Belgian police man with an egg shaped head and black moustaches; Poirot was featured as the detective in most of her novels. However, Murder at the Vicarage introduced an elderly spinster lady, Jane Marple, in the quaint English village of St Mary Mead. She had a deep understanding of human nature and inquisitiveness that led to solving many mysteries with intense concentration and intuition.

Eventually, Christie became the unacknowledged “Queen of Crime Fiction”. During her life span, she wrote more than 66 novels, several short stories and screenplays, along with a number of romantic movies using the pseudonym Mary Westmacott. Numerous novels of hers were made into motion pictures, the most famous being Murder on the Orient Express in 1974.

Apparently, a strong impact of writing developed on the author as well, after the incident on the 3rd of December when she promptly vanished. There was wide speculation that she had been murdered when her car was found abandoned near a lake named Silent Pool in Surrey with the hood up, lights on, and the cab holding her belongings. There are several accounts on just how many hundreds of people went out searching for her, but after eleven days she was finally discovered at the Hydropathic Hotel (now Old Swan) in Harrowgate where she was residing under a different name. This incident bore uncanny resemblance to a scene from one of her novels, and it was later adapted into a book by Jared Cade titled, Eleven Missing Days. Similarly, there was another novel, Agatha, written by Kathleen Tynan which was made into a major motion picture.