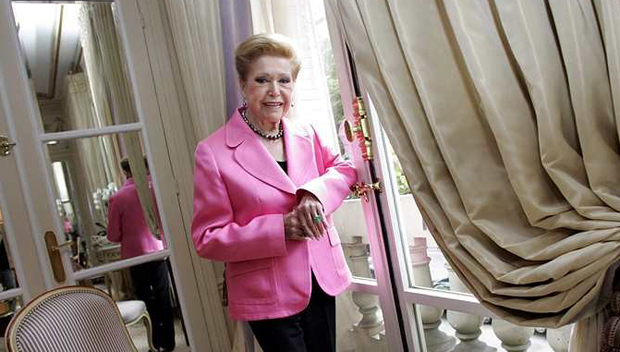 Mary Theresa Eleanor Higgins, better known as Mary Higgins Clark is the bestselling American author of suspense novels. All her 24 novels have been chartbusters, selling more than 80 million copies as of 2007 in the United States only. She was born in the Bronx, New York on December 24, 1929. Her parents were Irish immigrants who ran a pub which eventually had to be shut down by the time Higgins was eleven due to the declining conditions of business during the great depression and the sudden death of Higgins’ father. Possessing a flair for writing, young Mary would devote a lot of her time to writing. She composed her first poem at the age of seven. She contributed to the family income by working part time as a switch board operator at a hotel.

After graduating from high school, Higgins received a partial scholarship at Wood Secretarial School and accepted the position of a secretary at the advertising department at Remington-Rand after completing her coursework. In addition to working in advertising and promotion, Higgins also modeled for company brochures. After some time, Higgins’ interest shifted and she aspired to become a flight attendant. Most of her time during 1949 was spend aboard Pan Am International flights after which she gave up the profession happily to marry Warren Clark. The couple had five children whom they raised well encouraging them to get meaningful education and become independent successful individuals, something the parents achieved in due time.

Higgins began taking writing courses at NYU after marriage and began her career as a writer selling her short stories to various publications. She was left a widow with five children to take care of when Warren Clark died in 1964. In a desperate attempt to earn money to cater to the needs of her children, Higgins worked as radio scriptwriter, writing numerous four minute programs. However, the job and short story writing were not proving to be enough to provide for her children. Taking advice of her agent, Higgins began writing her first novel. Aspire to the Heavens was published in 1968. Although the book gave her a small amount of advance, it encouraged her to continue writing novels. Her second novel, also her first suspense novel, Where are the Children? (1975) became an instant bestseller. She wrote the novel alongside starting a radio scriptwriting and marketing business with former colleagues. The success of Where are the Children? was enough to end Higgins’ financial troubles.

For Mary Higgins Clark, there was no looking back and she continues to produce bestselling suspense fictions. Her latest novel, I’ll Walk Alone was released in 2011. Five of her novels have been adapted to screen in movies while numerous have been aired on television as series. A prolific writer, Higgins works at home in a tower like room she has made her office. She begins working at 8:00am after breakfast till 2:00pm. She conducts lectures on a cruise ship once a year which gives her a change from her usual routine and a different environment to write in. In 1996, Higgins married the retired CEO of Merrill Lynch Futures, John J. Conheeney. The couple own homes in Manhattan, Spring Lake, New Jersey, and Dennis, Massachusetts but prefer to live in Saddle River, New Jersey.