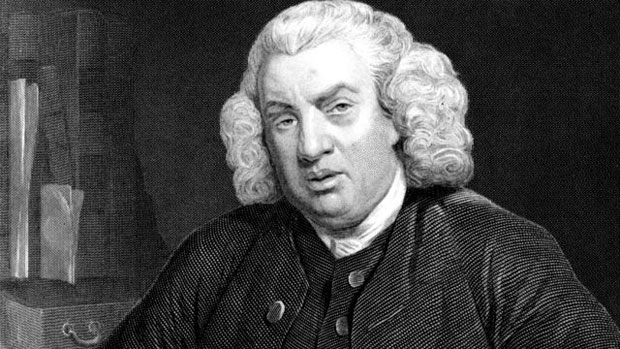 Samuel Johnson was born on 18th September 1709 in Litchfield, Staffordshire. His long-lasting contributions to English literature as a poet, biographer, editor, essayist, moralist and lexicographer make him ‘arguably the most distinguished man of letters in English history’. Johnson attended the Litchfield Grammar School and then King Edward VI Grammar School at Stourbridge. He studied at Pembroke College only for a year before he had to leave due to lack of finance. Even though Samuel was a very weak child, his intelligent mind made up for it. Johnson had to face financial problems for a very long time in his life. He was forced to leave academic institutions because he could not pay the fees.

His life between 1729 and 1731 was as miserable as could be. He lived with his parents. He was physically sick with Tourette syndrome and many other health problems. His father who was deep in debt died in 1731 and the burden of taking care of the family lay on Johnson alone. He finally got the job of under master at a school where he was permitted to teach despite the fact that he did not have a degree. Johnson could not continue at this job for long due to a quarrel between him and the school owner. Samuel Johnson started on Poliziano’s poems and ‘Proposal’ was in the process of being printed when again deficiency of money terminated the task.

Johnson married Elizabeth, who was his friend’s widow, in July 1735. She was 21 years older than him and even though her children and her family were against this marriage, Elizabeth promised to help Johnson with his financial problems. After being turned down from another school for a teaching position, Samuel Johnson decided to open up his own school. This project failed, costing Elizabeth a lot of money, as the school managed to attract only three students.

Johnson began working on his first work which was called ‘Irene’. Because of Tourette syndrome, Samuel Johnson could not hold any public jobs for long so writing was most suitable for him as it was an ‘invisible’ career. He worked on many minor pieces for various magazines as well as writing a proposal to translate ‘The History of the Council Trent’ (1619) which was accepted by Edward Cave after much time. His work ‘London’ was published in May 1738. His friendship with Richard Savge inspired him to write one of his most ‘moving’ works; ‘Life of Mr. Richard Savge’ (1744).

Johnson led a very difficult life yet he inspires many today with his brilliant works. According to Steven Lynn he was ‘more than a well-known writer and scholar, he was a celebrity’. Many societies are formed and many conferences were held featuring his works, pictures and other memorabilia dedicated to his life and work. Samuel Johnson died on 13th December 1784 at the age of 75 in London, England.