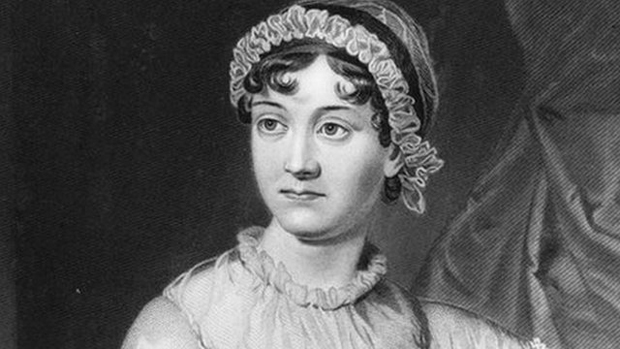 Jane Austen was a major English novelist and an iconic figure of the world literature. She is best known for portraying the romantic lives of the middle class English people. Her excellence in writing social commentary and realistic situations earned her the privilege of being the most widely read authors of English literature. Unfortunately, Austen’s most extraordinary works Sense and Sensibility, Pride and Prejudice and Emma did not gain much praise during her lifetime, however, they are known as historical milestones and classics in literature today.

Jane Austen was born on December 16, 1775 in Steventon Hampshire, England. She was the 7th child of 8. Jane was closest to her sister Cassandra who also remained her best friend for life. Their parents encouraged learning, writing and acting in their children which provided Jane with the inspirations and context for her future endeavors. Jane was a passionate writer and her earliest known writings have been found to be dated around 1787. She began her first novel, Sense and Sensibility in 1795 and completed her masterpiece Pride and Prejudice in 1797. Northanger Abbey, her next novel was finished in 1799.

After her father’s death in 1805, Jane moved to Bath with her family. Her brother, Henry helped her find publishers and her need for money resulted in Jane publishing Sense and Sensibility and Pride and Prejudice. The novels were published anonymously and they received excellent reviews from both the Critical Review and the Quarterly Review. Austen was an established novelist by the time she published Mansfield Park in 1814. Her new and fresh style of writing was welcomed by readers and her upcoming novels were awaited. The readers loved her intelligent character sketching and homely settings. Emma, another beautifully written story appeared as a novel in 1815.

Although her health started to deteriorate in early 1816, Austen remained a busy writer even towards the end of her life. She worked on producing Persuasion until 1816 and began writing Sanditon in 1817. However, she was unable to complete it due to health issues which were later found to be Addison’s disease. When her condition worsened, Austen wrote her will in April 1817. She was taken to Winchester for treatment where she died in the early hours of July 18 in her sister’s arms at the age of 41. Jane Austen’s grave is in Winchester Cathedral. Austen’s identity as an author was revealed only after her death when her sister Cassandra and brother Henry arranged the publication of Persuasion and Northanger Abbey in which Henry included a note introducing his sister, Jane Austen as the author.
Like her sister, Jane never married. However, her novels serve as a window to her personal life.

The details and delicacy of relationships written in her novels reveal actual feelings and romantic aspirations of the writer who like her characters must have been through the pleasures and disappointments of love.

Jane Austen’s timeless stories, their beautiful construction and modernity were the turning point of the transition of English literature from 18th century neo-classicism to 19th century romanticism.