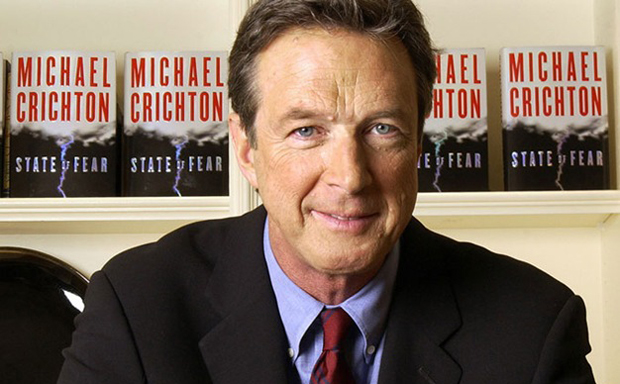 Born in Chicago on October 23, 1942, Michael Crichton rose to fame when director Steven Spielberg adapted his book Jurassic Park to screen, making it the highest grossing film of all times. The best known author of Jurassic Park, Michael Crichton was also a producer, director, screenwriter and a medical doctor. His works in the genres of thrillers, science and medical fiction are an important contribution to modern literature. Crichton lost the battle of life to cancer in 2008.

A keen writer from an early age, fourteen year old Crichton had his own travel column in The New York Times. He enrolled at Harvard to pursue undergraduate studies in literature but later switched to biological anthropology graduating summa cum laude, after which he served as a Visiting Lecturer of Anthropology at the University Of Cambridge, UK. Crichton enrolled in Harvard once again, attending its medical school while also publishing work under the pseudonyms, John Lange and Jeffery Hudson. In 1969, Crichton graduated from Harvard with a M.D. degree after which he commenced post-doctoral fellowship study at the Jonas Salk Institute for Biological Studies in La Jolla, California, for one year.

Crichton’s first book, Odds On was published in 1966 under the pen name of John Lange. One year later came Scratch One followed by Easy go and A Case of Need which won him an Edgar Award in 1969. The year 1969 was an important one for Michael Crichton; he published three books including The Andromeda Strain, the most significant novel of his career, The Andromeda Strain became a best selling title and in 1971 was released as a film directed by Robert Wise. The book was also adapted to television in a mini-series in 2008. The other two books published in 1969 were Zero Cool and The Venom Business.

A highly productive writer, Crichton published nine novels during 1970 and 1987. These novels were entitled Drug of Choice, Dealing: Or the Berkeley-to-Boston Forty-Brick Lost-Bag Blues, Grave Descend, Binary, The Terminal Man, The Great Train Robbery, Eaters of the Dead, Congo and Sphere.Crichton’s next milestone, The Jurassic Park was published in 1990. A year before the novel was published, Steven Spielberg began discussing with Crichton, the possibility of converting the novel into a movie. The film was finally released in 1993, becoming one of the most successful movies ever.

Besides writing gripping fictions, Crichton has produced a number of significant non-fiction works on medical and scientific themes such as Five Patients (1970), Jasper Johns (1970), Electronic Life (1983) and Travels (1988). Other than writing books, the talented Michael Crichton also wrote and directed a number of films and television series.

After losing a long time struggle to cancer, Michael Crichton died in Los Angeles on November 4, 2008 leaving behind his wife Sherri and their two children.