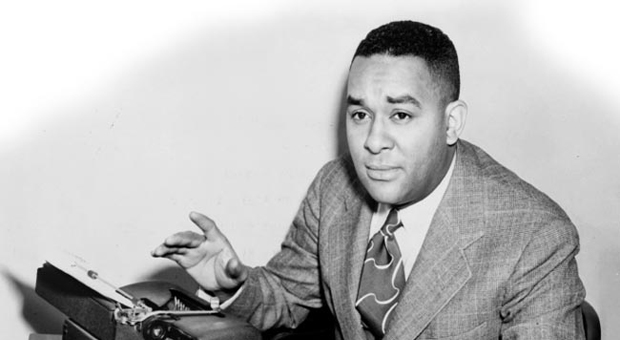 Writer, poet of short stories, novels of fiction and nonfiction Richard Nathaniel Wright was born on 4th of September 1908. He was the descendant of slaves and the son of a sharecropper. He lived in Jackson, Mississippi, with his maternal grandmother and aunt for five years but since they had strict rules regarding religious issues he never really settled there. Because of his strife with his grandmother and aunt he got repelled to religion. He graduated from Smith Robertson High School as a valedictorian in 1923. His childhood experiences led him to writing about racial discrimination. His writings were mainly about racial themes concerning the Plight of African Americans during the 19th and 20th century.

Wright wrote his first story at the age of fifteen named ‘The Voodoo of Hell’s Half-Acre’ which was publishes in a local black newspaper. After moving to Chicago in 1927 he got a job at the Post Office as a clerk where he spent his spare time reading other authors. Due to the Great Depression he was led to join the Communist Party. In 1933 Wright emerged as a revolutionary poet and wrote several popular poems namely ‘I Have Seen Black Hands’, ‘We Of The Streets’ and Red Leaves Of Red Books’. Wright completed his first novel ‘Cesspool’ published by the name ‘Lawd Today’ in 1935. He also made contributions to various magazines such as ‘Left Front’ and ‘New Masses’. Where he had had good terms with the white community in Chicago, Wright was discriminated in New York against his race when he moved there in 1937.

Wright continued working on various projects. He edited the essays of ‘Daily Worker’ on ‘Harlem’. Wright was satisfied with his work in New York as it involved writing which was his passion. His collection including four short stories gained immense popularity. It was called ‘Uncle Tom’s Children’. Wright got the Guggenheim Fellowship that helped him complete his novel Native Son which was published in 1940. He also got a ‘Spingarn Medal’ for his achievement as a Black man. He also wrote a semi autobiography called ‘Black Boy’ 1945 that portrayed his life starting from Mississippi experiences to his social isolation and racial discrimination in New York. It became an instant best seller. A second part of ‘Black Boy’ named ‘American Hunger’ was published after his death in 1977.

He moved to Paris and lived as an expatriate and became friends with renowned French authors and novelists. His first novel in Paris was ‘The Outsider’ (1953) which was basically about a black man and his relations with the Communist Party. The next year also saw a novel by him called ‘Savage Holiday’. In 1947 he got the French Citizenship after which he spent a lot of time in traveling through Europe, Africa and Asia. His experiences were read in his later books. Some of his writings consist of ‘White Man, Listen!’, ‘The Long Dream’ (1958) and a collection of short stories ‘Eight Men’ published in 1961 posthumously. The topics of books revolved around hunger, poverty, race and various protest movements.

He was writing his book ‘A Father’s Law’ when he died on 28th November 1960. The book was later completed by his daughter.