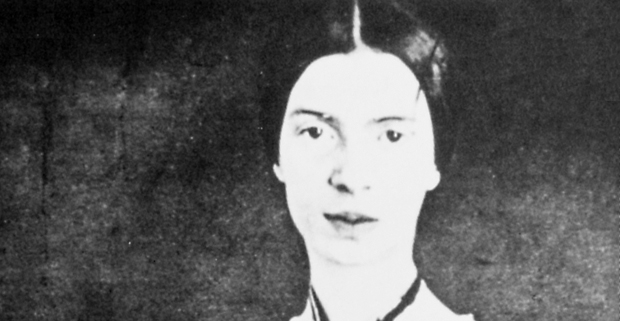 The American poet, Emily Dickinson was born in Amherst, Massachusetts on December 10, 1830 into an influential family with a strong social reputation. She lived her whole life in Amherst except for a short period of time when she went to Mount Holyoke Female Seminary in South Hadley and a few other short trips out of Amherst. However, Emily returned home only after a year due to severe homesickness. Before attending the Holyoke Seminary, Dickinson underwent education at the Amherst Academy for seven years.

An introvert by nature, Dickinson spent most of her life in recluse. Dickinson hardly ever left her house and did not have many visitors either. However, the few people she did have an encounter with left a deep impact on her which is evident in her poetry. During a trip to Philadelphia in 1854, Dickinson met Reverend Charles Wadsworth who is believed to be an inspiration of many poems Dickinson composed. According to some critics, when Charles Wadsworth left after a visit to Dickinson’s home in 1860, Emily was left heartbroken; the heartsickness caused an immense flow of verses from Emily’s mind for many years to come. It is known for sure Charles Wadsworth held a very special place in Dickinson’s life, however, it cannot be said for certain whether the feelings were of romantic love. Dickinson referred to Charles as her closest earthly friend. Other possible inspirations and reasons of romance in her poems include a Supreme Court judge, Otis. P. Lord and Samuel Bowles, editor of the Springfield Republican. Another significant figure in Emily Dickinson’s life was Thomas Wentworth Higginson, a former minister and author who served as Dickinson’s literary mentor. Their relationship is apparent from an extended correspondence between the two which began in 1862.

1860s onwards, Dickinson spent her time in almost complete isolation. Dickinson was close to her siblings Austin and Lavinia who also shared her interest of reading and admiring literature. While Dickinson refrained from any unnecessary physical social contact with other people, she, however, maintained active correspondences.
Dickinson’s work has seen to be deeply influenced by the Metaphysical poets of seventeenth-century England and a conservative and orthodox approach to Christianity. Although Dickinson was a very prolific poet, her poetry, unfortunately did not gain the deserving recognition during her lifetime. The first collection of her poems was published posthumously in 1890.

Emily Dickinson died on May 15, 1886. After her death, Emily’s sister Lavinia discovered many volumes of around 1800 poems by Dickinson. These poems were written neatly into handmade booklets. These poems were arranged into selections and published 1890 onwards. The first of these selections was entitled The Poems of Emily Dickinson. The first and other following early volumes did quite well. Emily Dickinson’s profoundly emotional and touching poetry has greatly influenced 20th century poetry and has maintained a fan following even long after it was written.