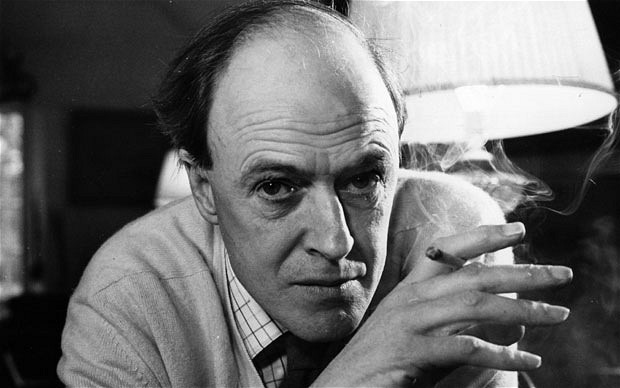 Roald Dahl was a British novelist, writer of short stories, screen writer and fighter pilot. He was born in Wales in 13th September 1916. Before writing he also served in the Air Force and fought in the World War two. He was a flying ace and also an intelligence agent. Known as one of the greatest storytellers for children, he was in the list of ‘The 50 greatest British writers since 1945’.

Dahl went to The Cathedral School where corporal punishment was common. He also became victim to it several times for his mischievousness. As his father had considered English schools to be the best even after his death his mother abided by his wishes. He was then put into boarding school in England named Saint Peters. His time in Saint Peters is mentioned in his autobiography ‘Boy: Tales of Childhood’. In 1929 Dahl was shifted to Repton School in Derbyshire. This was where his writing skills first became noticed by his English teacher who said:

“I have never met anybody who so persistently writes words meaning the exact opposite of what is intended.”

While he was studying at Repton, the chocolate company ‘Cadbury’ would send boxes of chocolate to there to get tasted. This is where Dahl took inspiration for his most notable work ‘Charlie and the Chocolate Factory’ which was published in 1963. Taking inspiration from his life incidence and people he met is very common in his writings. Another example of such inspiration is in his book ‘The Witches’ published in 1983 in which the main character is a Norwegian boy.

In 1934 he started working at the Shell Petroleum Company. After training two years in the UK he transferred to Kenya and then Daar-es-Salaam where he lived a very luxurious life due to his job. After serving in the Second World War, he married Patricia Neal in 1953. They remained married for thirty years and had five children after which they got divorced. His married life was filled with many unfortunate incidences such as the terrible accident of his four month old son and death of his seven years old daughter. His five had three burst cerebral aneurysms while pregnant for the fifth time. After his divorce Dahl married Felicity Crosland.

Dahl’s books involve imagination and fantasy and they were humorous too. His first book for children was ‘The Gremlins’. His book most loved by children is ‘Charlie and the Chocolate Factory’. This was made into two films; one was Willy Wonka and the Chocolate Factory’ in 1971 and ‘Charlie and the Chocolate Factory’ in 2005. Another famous work is ‘Matilda’ published in 1988 which was made into a movie in 1988. Some other books of Dahl are Fantastic Mr. Fox (1970) and the movie in 2009, ‘The Minpins’ (1991), ‘The Giraffe and the Pelly and Me’ (1985). Some short story collections are ‘Roald Book of Ghost Stories’ (1983), ‘Two Fables’ (1986), ‘The Roald Dahl Treasury’ (1997).

Roald Dahl died on 23rd November 1990 due to a blood disease in Oxford, England. There is a Roald Dahl Children’s Gallery opened in his honor.