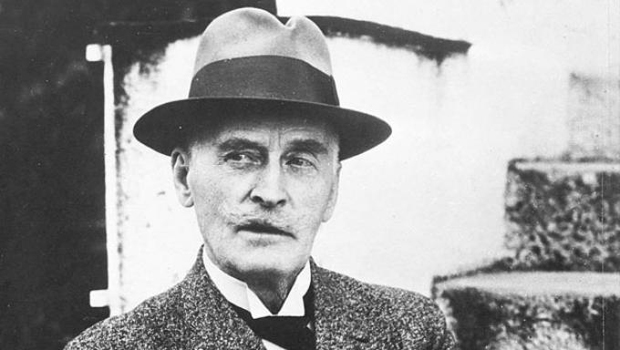 Knut Hamsun was a Noble Prize winning author, poet, dramatist and social critic. His 20 novels, short stories, plays, essays, a travelogue and a collection of poems have been written in a time span of over 70 years displaying a wide variety of subjects and perspectives. His unforgettable works such as Hunger (1890), Mysteries (1892), Pan (1894) and Victoria (1898) gave him the status of leading the Neo-Romantic revolt at the turn of the century. Posing an objection to naturalism and realism as a young writer, Hamsun wanted modern literature to portray the intricate workings of the human mind. However, his later works are based on Norwegian new realism an example of which is his 1917 novel, Growth of the Soil. In 1920, the book earned him a Noble Prize in literature.

On August 4, 1859, Knut Hamsun was born in Lom, Norway to poverty ridden parents, Peder Pedersen and Tora Olsdatter. Knut was their fourth of seven children. Leading a difficult childhood, Knut was sent to live with an uncle who would starve and beat him resulting in Hamsun to suffer chronic nervous difficulties. Escaping from his miserable life, Hamsun fled back to Lom in 1874 and started picking up any job he would get to satisfy his hunger. In addition to being a peddler, store clerk and a shoemaker, Hamsun also worked for some time as a school teacher and assistant sheriff.

He began writing at age 17 while working as an apprentice to a rope maker. His first published book, Den Gaadefulde: En Kjærlighedshistorie fra Nordland (The Enigmatic Man: A Love Story from Northern Norway, 1877) derived inspiration from his struggling times at various odd jobs. This was followed by the novel, Bjørger in 1878 which he published under the pseudonym Knut Pedersen Hamsund. Hamsun spent some years in America traveling and working as a tram driver. He wrote a satirical account of his visit to America in Fra det moderne Amerikas Aandsliv (The Intellectual Life of Modern America, 1889). Hamsun’s novel, Sult (Hunger, 1890) is considered to be the first modern novel in Norwegian literature.

Most of Hamsun’s early novels are based on aggressive, left out characters who oppose the norms of society and work against it. The middle period of Hamsun’s literary career focuses on the downhearted feelings of losing youth evident in plays such as Livets Spil (Game of Life, 1896) and Aftenrøde (Sunset, 1898) and also novels including Under Høststjernen (Under the Autumn Star, 1906), Benoni (1908) and En Vandrer Spiller med Sordin (A Wanderer Plays on Muted Strings, 1909). Later works of Knut Hamsun centered on broader criticism on civilization instead of individual characters. Some of his noted efforts from this era are Marken’s Grøde, Børn av Tiden (Children of the Age, 1913), Segelfoss By (Segelfoss Town, 1915) Landstrykere (Vagabonds, 1927), August(1930), Men Livet lever (The Road leads on, 1933) and Ringen sluttet (The Ring is Closed, 1936). His stream of consciousness and interior monologue techniques distinguished him from other Scandinavian authors earning him international fame.

Married twice, Hamsun had five children, a daughter from his first wife, Bergljot Göpfert and two sons and two daughters from second wife, Marie Andersen. Knut Hamsun died in Grimstad, Norway on February 19, 1952 at the age of 92. His ashes are buried in the garden of his home at Nørholm.