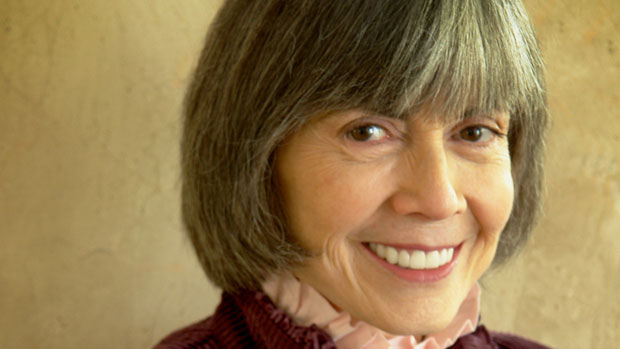 Anne Rice was born on October 14, 1941 in New Orleans, Louisiana and is a Southern American author. Although her birth name was Howard Allen O’Brien, she chose the name “Anne” when she entered the first grade at St. Alphonsus Grammar School. She attended Catholic schools until 1958 when her family moved to Richardson, Texas from New Orleans. In her early years, Anne had to cope with her mother’s alcoholism and poverty, which had an indelible impact on her. Her mother died of alcoholism when she was just 14 years old. Soon after her mother’s death, her father placed her and her sisters in an academy which she loathed from the core of her heart. After graduating from Richardson High School, in 1959, Anne attended Texas Woman’s University in Denton, Texas and later North Texas State College. After a year’s stay in San Francisco, during which she worked as insurance claims examiner, Anne returned to Denton, Texas to marry Stan Rice, her childhood sweetheart whom she met in one of her Journalism classes. The couple lived and worked in the San Francisco Bay Area from 1962 to 1988 and had the first-hand experience of the Hippie revolution, as they lived in the fabled Haight- Ashbury district in Berkely. Both attended and graduated from San Francisco State University. Stan Rice soon became an instructor and San Francisco University over there after receiving his M.A. In 1972, just shortly before her fiftieth birthday, the couple lost their daughter, who was diagnosed with adult leukemia. She was deeply grieved by the loss of her daughter and thus resorted to Alcoholism. In the process, she also developed Obsessive Compulsive Disorder, thinking that everything she touched became contaminated and started holding herself responsible for her child’s death. In 1974, she underwent therapy. Her happiness was restored when in 1978, she was blessed with a son, Christopher Rice, and this gave the couple a reason to quit their drinking habit. However, her husband died from brain cancer in 2002.

As far as her books are concerned, they deal with genres based on supernatural and gothic themes. Her books have sold around more than 1 million copies making, her one of the bestselling authors of the modern times. Basically, her childhood years form the background of her stories. She had successes with novels such as The Vampire Lestat and with Queen of the Damned. In 2005, after completing Christ the Lord, and Out of Egypt, Anne left Louisiana and her beloved city of New Orleans to live in California. Anne currently lives and works in the California desert, which is just a few hours of drive from her son, Christopher, who lives and works in West Hollywood.