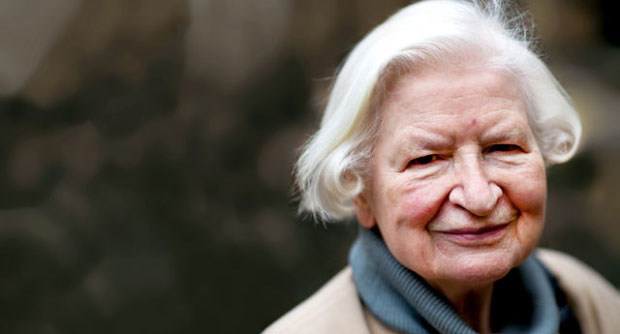 Phyllis Dorothy James more commonly known as P. D. James is an author of crime and detective novels. She was born on 3rd August 1920 in Oxford, England and attended the ‘British School in Ludlow’ and then the ‘Cambridge High School’ for girls. Due to retrained financial conditions James had to leave school to work. She got a job in a tax office where she worked for 3 years and then as an assistant stage manager in a theater. She got married to Ernest Connor Bantry White, an army doctor, in 1941 and had two children. James life did not become any easier after her marriage. Her husband returned from World War I seriously ill and it was up to James to provide for her family till 1964 when White died with severe sickness. She decided to study hospital management and then worked at a hospital in England from 1949 to 1968. She worked as a government servant till 1979. She was also a member of the ‘Anglican’ and a ‘Lay Patron’ of the ‘Prayer Book Society’.

It was during the time she worked for the hospital board that she started writing. Her first work was ‘Cover Her Face’ that was published in 1962. The novel was about an investigator named Adam Dalgliesh of New Scotland Yard which is the headquarters of the British capital police service. Her novels were based on the UK bureaucracy focusing on the criminal justice system and the health service departments. Other novels by P. D. James include ‘A Mind to Murder’ (1963), ‘Shroud for a Nightingale’ (1971), ‘Death of an Expert Witness’ (1977), ‘Devices and Desires’ (1989), ‘A certain Justice’ (1997), ‘Death in Holy Order’ (2001), ‘ The Lighthouse’ (2005) and ‘The Private Patient’ (2008). All of these novels were her ‘Adam Dalgliesh’ mysteries with ‘The Private Patient’ being the last of the novels.

She became a full time author in 1979 after her retirement from the government service in the Crime Department. James worked to create a high quality of the plot, the setting of the story and her characters were very consistent in nature. Her experience with the health services and the crime department reflected in her novels where she gave highly accurate accounts of both the scenarios. She experimented with all forms of mystery. Her first novel ‘Cover Her Face’ was set in a British country house and was a classic lock room puzzle whereas her novel ‘Innocent Blood’ (1980) was a story about finding the birthmother of an adopted child. The complexity, depth and diversity of her stories are simply brilliant.

She has been honored with many awards including the ‘Crime Writers’ Association’s gold and silver daggers and the reputable ‘Order of the British Empire’ (OBE) in 1983. She was made the Baroness on the Queen’s ‘New Year’s Honors List’ and the ‘Baroness James of Holland Park’ in 1991. James was also the ‘Commander of the British Empire’. Many of her books were made into TV adaptations and her novel ‘The Children of Men’ was adapted into a feature film in 2006.