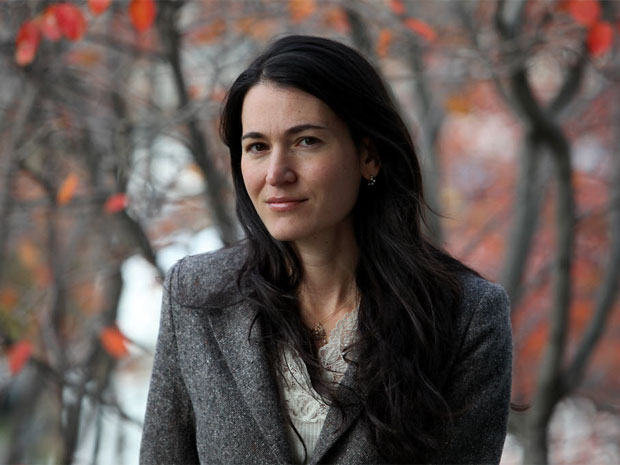 Nicole Krauss is an American author born on 18th August 1974 in Manhattan, New York City. Born to English-American parents, she spent most of her life in Israel. Her maternal grandparents were of German origin mainly from Germany and Ukraine who later traveled to London. On the other hand her paternal grandparents were born in Hungary and Belarus who later migrated to New York. These cities are the central locations in Krauss’s novel ‘The History of Love’ published in 2005.

Krauss had a deep rooted interest in writing since her childhood and wrote several verses of poetry in her teens. She entered the ‘Stanford University’ in 1992 where she took up English as her major. During her time in Stanford, Krauss she met Joseph Brodsky who introduced her to the work of many well-known writers like Italo Calvino and Zbigniew Herbert. After Brodsky’s death in 1999, Krauss made a documentary on his work which was aired on BBC Radio 3. Krauss produced many great poetic works while in University winning several prizes such as the Dean’s Award for her outstanding academic accomplishments. Krauss won a Marshall Scholarship to Oxford University where she enrolled for a master’s degree program. Her final thesis was based on Joseph Cornell. The talented Krauss also went to the ‘Courtauld Institute’ in London in 1997 receiving a master’s degree in Art History.

Her first published work was ‘Man Walks into a Room’ which was published in 2002. The novel earned a huge commendation and became a finalist for the Los Angeles Times Book Award. This was followed by another novel in 2005 called ‘The History of Love’. This novel was highly acclaimed and instantly became an international bestseller. It won the Saroyan Prize for International Literature and ‘Prix du Meilleur Livre Etranger’ award in France. It was also nominated for the Orange Prize for fiction and Medicis and Femina Prize. ‘Great House’ was her third novel that published in 2010 and gained national praise by being a frontrunner for the ‘National Book Award for Fiction’ in 2010 and the ‘Orange Prize’ in 2011.

In 2004 Krauss got married to Jonathan Safran Foer who is also an author although she avoids talking about her personal life. She wants to be known for her work alone and shuns the claims of their work being similar to each other even though their second books do share some prominent similarities. Krauss also authored many short stories and a lot of her work appears in ‘The New Yorker’, ‘Harper’s’, ‘Esquire’ and ‘Best American Short Stories’. Her books have been translated in more than 35 languages. Krauss has gained many acknowledgements for her contribution to English literature. She was selected one of the ‘Granta’s Best Young American Novelists’ in 2007. In 2010 she was added in the ‘Twenty under Forty’ list of ‘The New Yorker’. Other notable awards won by her include the ‘Anisfield-Wolf Book’ award (2011) and the ‘Edward Lewis Wallant Award’ (2005).

Currently she resides in Park Slope, Brooklyn in New York with her husband and two children.