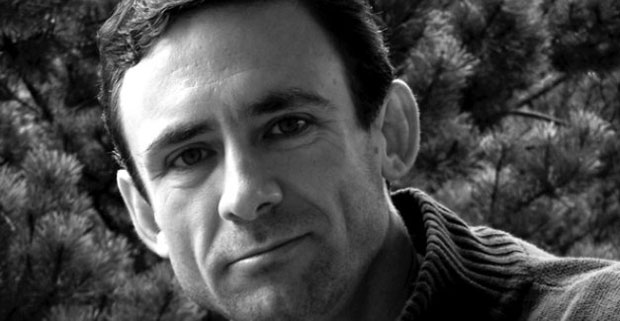 Chuck Palahniuk was born in Pasco, Washington on February 21, 1962. Most of his childhood was spent living in a mobile home in Burbank, Washington. However, after the divorce of his parents, Palahniuk and his siblings were sent to live with their maternal grandparents on a cattle ranch in Eastern Washington State. Palahniuk’s father began a relationship with another woman whose ex-boyfriend murdered the couple. Palahniuk’s mother died of cancer.

During his twenties, Palahniuk studied at the University of Oregon’s School of Journalism graduating in 1986. During his college years, Palahniuk interned at the National Public Radio member station KLCC in Eugene. After graduation, Palahniuk moved to Portland, Oregon where he entered the workforce as a journalist working for local newspapers. However, he abandoned journalism to work as a diesel mechanic for truck manufacturer Freightliner, a job he would keep until development of his writing career. He returned to journalism only after establishing himself as an accomplished novelist. During his years of struggle, Palahniuk also volunteered at a shelter and hospice where he grew very close to a patient who passed away. He did not continue volunteering after the death of his patient friend.

Palahniuk began writing fiction in his thirties while attending writer’s workshops, hosted by Tom Spanbauer, who inspired Palahniuk’s minimalistic writing style. His initial works were rejected publication mostly because of the amount of disturbing content. However, Palahniuk managed to get one of his short stories published in a compilation in 1995.The story later became an inspiration and evolved into Palahniuk’s most famous novel, Fight Club. While the short story had a difficult time finding a publisher, its conversion into a novel experienced the opposite. Fight club was accepted and published in 1996. For his exceptional writing in Fight club, Palahniuk was presented the Pacific Northwest Booksellers Association Award as well as the Oregon Book Award for Best Novel in 1997.

The success of Fight Club gained the attention of filmmakers at Twentieth Century Fox who wanted to adapt the novel to screen. When Palahniuk was approached with the offer he appointed Edward Hibbert as a literary agent who helped Palahniuk negotiate a deal with Twentieth Century Fox. Fight Club the movie was released in 1999. Although the film did not succeed in making it big at the box office, it later developed popularity gaining a cult following.

Following the release of the film, also in 1999, Palahniuk published two more novels, Survivor and Invisible Monsters. The year 1999 also marked a disturbing tragedy in Palahniuk’s life. His father was murdered by the ex-boyfriend of a woman he was dating. Palahniuk immersed himself in writing to cope up with the tragic loss. He published more novels including Choke, which was also adapted into a movie, Lullaby, Diary, Haunted, Rant, Snuff, Pygmy, Tell All and Damned. Some of his significant short stories include Guts (2004), Fetch (2009), Loser (2010), Knock, Knock (2010) and Romance (2011). In addition to writing fiction, Palahniuk has also produced non-fiction works such as Fugitives and Refugees: A Walk in Portland, Oregon (2003), Stranger Than Fiction: True Stories (2004) and You Do Not Talk About Fight Club: I Am Jack’s Completely Unauthorized Essay Collection (2008). Chuck Palahniuk now lives in Vancouver, Washington where he continues writing both fiction and nonfiction works.