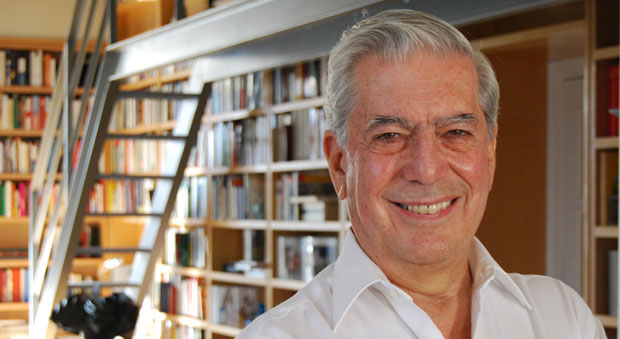 Noble Prize laureate, Mario Vargas Llosa is a Peruvian-Spanish writer who is one of the most significant Latin American personalities of his generation. He is also a politician, journalist and essayist. Llosa was awarded the 2010 Nobel Prize in literature. Having written more than 30 non-fiction works in addition to plays and novels, Llosa’s anti-totalitarian intellect covers a wide range of human experiences.

Mario Vargas Llosa was born on March 8, 1936 into a middle class family. He was an only son of his parents who separated a few months before he was born. Consequently, Llosa spent his early childhood living with his maternal grandparents and mother who told him his father had died since she did not want to explain the separation to him. However, in 1946, Llosa’s father returned and his parents reconciled. In 1947, Llosa enrolled at the Colegio La Salle, a Christian middle school. Llosa had discovered his passion for writing in his early teens. Although Llosa’s mother and grandparents encouraged this, his father was sternly against Llosa’s writing practices. Writing in their class was considered to be an activity of the rich and those who didn’t want to work hard in life. Fearing his son would become a writer, Llosa was sent to the Leoncio Prado Military Academy in Lima. Llosa later described his time at Leoncio as “the discovery of hell”. Llosa’s first novel, The Time of the Hero (1963) was based on his traumatic experiences at the academy. The book when published was immensely condemned by Peruvian military leaders who burned 1000 copies of the book in the courtyard of Leoncio Prado.

Llosa had begun working as a budding journalist a year before his graduation from Leoncio. After dropping out from the academy, Llosa completed his studies in Piura and worked as a journalist at a local newspaper. In 1953, Llosa entered the National University of San Marcos where he studied literature and law. In 1955, he married Julia Urquidi who was ten years his senior. The marriage, however, ended in divorce in 1964. A year later, Llosa married his cousin, Patricia Llosa with whom he had 3 children.

Beginning his literary career with The Time of the Hero in 1963, Mario Vargas Llosa was identified as a social critic and writer. The novel won quite a number of literary awards in Europe. The success was followed by two more novels, The Green House (1969) and Conversation in the Cathedral (1969). After a gap of four years, Llosa published Captain Pantoja and the Special Service in 1973, a humorous story. Another four years later came Llosa’s most internationally acclaimed work, Aunt Julia and the Scriptwriter, which was an autobiographical account of his first marriage. Before writing his first detective fiction, Who Killed Palomino Molera in 1986, Llosa wrote two overtly political novels entitled, War at the End of the World (1981) and The Real Life of Alejandro Mayta (1984).

Some more notable works of Mario Vargas Llosa include The Storyteller (1987), Elogio de la Madrastra(1988) also published in English as In Praise of the Stepmother (1990), Tale of a Sacrificial Llama (1994), written after Llosa experience in politics when he became a presidential candidate. Some of his later books include Death in the Andes (1996), Notebooks of Don Rigoberto (1998), The Feast of the Goat (2002), The Way to Paradise (2003), The Bad Girl (2007) and The Dream of the Celt (2010). The non-fiction works of Mario Vargas Llosa have been collected in Contra viento y marea which has been published in three volumes.