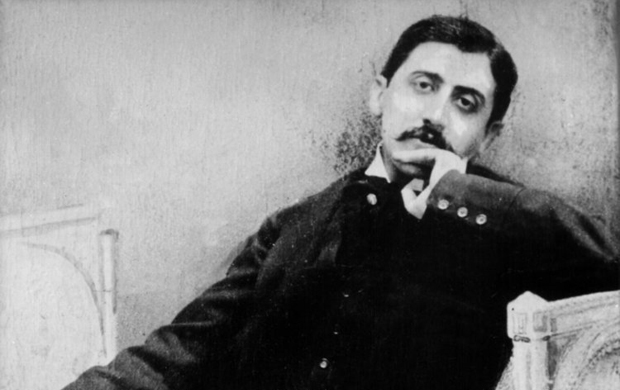 Valentine Louis Georges Eugène Marcel was born in Auteuil, Paris into an upper middle class family on July 10, 1871. His father was a well known pathologist and also an author of many books to do with medicine and hygiene. Marcel’s mother, a well read and literate lady, came from a strong background of a rich Jewish family. Proust grew up to become a world famous novelist, essayist and critic. He is best known for his epic work, À la recherche du temps perdu (In Search of Lost Time).

Proust’s childhood was marked with the beginning of chronic asthma attacks which continued throughout his life. Proust studied at the Lycée Condorcet but his asthmatic condition did not allow him to attend school as a regular student. However, he was still a prominent student, particularly, in literature and received an award in his final year. Despite bad health, Proust served in the army from 1882 to 1889 after which he studied law at École des Sciences Politiques during 1891-1893. He wrote for the Symbolist magazines and moved in the social circles of rich and famous Parisian aristocrats. He published his first book entitled, Les Plaisirs et les Jours in 1896. It was a collection of essays, short stories and poems. In 1895, Proust began writing Jean Santeuil, abandoning it in 1899. The novel was never finished.

After the unsuccessful attempt of writing a novel, Proust spent several years writing translations and annotating the works of the English art historian John Ruskin. He also wrote a number of articles on Ruskin. His mother’s death in September 1905 halted Proust’s literary activities for a few months after which he published an article, Sentiments filiaux d’un parricide in Le Figaro. He focused on analyzing memory and guilt, the two elements of much importance to Proust’s literary approach. During the course of the next year, many articles that appeared in print by Proust are known to be preliminary work for his novel.

1908 proved to be an important year for Marcel Proust in terms of his literary endeavors. He wrote a series of pastiches in Le Figaro of other writers. This caused him to strengthen his writing style further. He continued writing more essays, articles and short stories, gradually combining and developing them into a single novel. In 1909, Proust converted his essay, Contre Sainte-Beuve into a novel and adopted a title for this novel in 1913. The novel was entitled, À la recherche du temps perdu. Proust continued writing this novel for the rest of his life.

On November 18, 1922, Marcel Proust died of pneumonia leaving behind three more volumes of the novel. Although these were not completely revised, the volumes, La Prisonnière (1923), Albertine disparue (1925) and Le Temps retrouvé (1927) were published by his brother, Robert.

Marcel Proust is remembered as one of the finest French novelists of the 20th century. His writing style consisted of long sentences, some of which extended to several pages in length. Proust’s writing has influenced both his readers and other writers immensely over time.