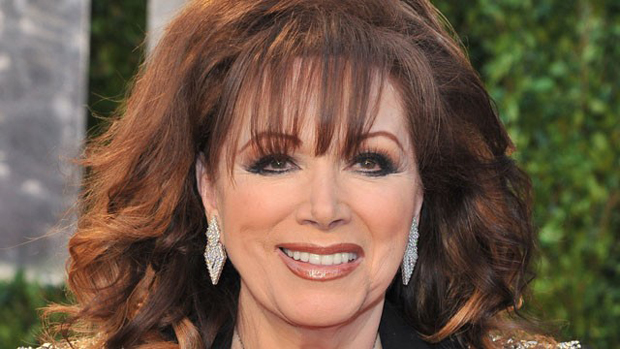 An English novelist, Jackie Collins is the best-selling author of more than two dozen novels which have sold over 200 million copies worldwide and translated into 40 languages. Best known for producing glamorous and raunchy stories, all of Collins’ novels so far have made it to The New York Times bestsellers list.

Jacqueline Jill Collins was born in London on October 4, 1937. She was the daughter of a theatrical agent. Jackie was the older sister of Bill Collins but younger than her sister Joan Collins who became an actress. When Jackie was expelled from school at the age of 15, she threw her uniform and never went back. Following in her sister’s footsteps in the 1950s, Jackie began acting in some B class British movies and also appeared on television series such as Danger Man and The Saint after which she gave up on acting but surfaced again many years later in more television series including Minder (1980).

Her first novel, The World is full of Married Men (1968) sent shock waves across the English reading audience. The novel was banned in Australia and South Africa for its bold sexual content. The scandalous reputation of her first novel boosted sales of the second. The Stud (1969) like her first novel appeared on bestsellers list. Sinners (1971), was Collins’ first novel based in the US and proved to be her third bestseller. Collins now explored organized crime writing and published Lovehead in 1974. This genre later brought her great success. Before writing her longest novel Lovers & Gamblers (1977), Collins published The World is full of Divorced Women in 1975.

Collins turned to the screen with her novels during the late 1970s and wrote screenplays for The Stud starring her sister and The World is full of Married Men in addition to an original screenplay for a film named Yesterday’s Hero. Her seventh novel, The Bitch (1979) was also released during this time.

After permanently moving to Los Angeles in 1980s, Collins wrote the first Santangelo novel, Chances (1981) which was based upon the character of the strikingly beautiful Lucky Santangelo. Her new life and people in the center of Hollywood became inspiration for her most successful novel. Hollywood Wives (1983) which sold 15 million copies worldwide and topped the bestsellers list of The New York Times. Hollywood Wives went on to become an equally successful television series in 1985. Hollywood Husbands was published in (1986) after a second Santangelo novel titled Lucky (1985) followed by Rock Star (1988).

After her third Santangelo novel, Lady Boss (1990), Collins worked on writing and co-producing the television series Lucky Chances based on her previous two Santangelo novels. Lady Boss was also adapted to screen in a mini-series in 1992. Collins continued publishing bestsellers during the 90s including American Star (1993), Hollywood Kids (1994) and Vendetta: Lucky’s Revenge (1996), her fourth Santangelo novel followed by the fifth one, Dangerous Kiss in 1999.
Eight more bestsellers were released in the 2000s which included Lethal Seduction (2000), Hollywood Wives: The New Generation (2001), Deadly Embrace (2002), Hollywood Divorces (2003) and Drop Dead Beautiful (2007), the sixth novel of the Santangelo series followed by number seven, Goddess of Vengeance (2011).

Collins is currently busy writing a play titled Jackie Collins’ Hollywood Lies and also working on her 29th novel, The Power Trip. Twice married, Collins has a daughter from her first husband and two more daughters from a second husband. She now resides in a self-designed mansion in Beverly Hills.