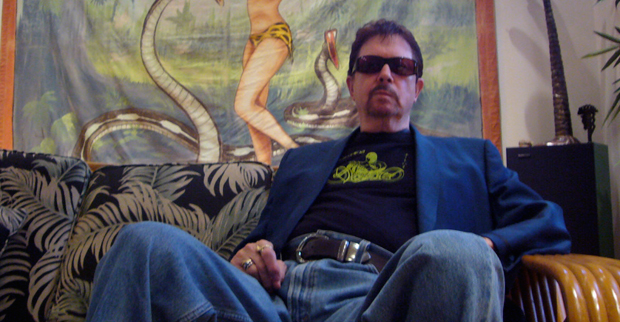 The best selling seriocomic author, Tom Robbins was born on July 22, 1932 in Blowing Rock, North Carolina to George Thomas Robbins and Katherine Belle Robinson. In 1942, the family moved to Warsaw, Virginia where he attended the Hargrave Military Academy in Chatham, Virginia. After winning the Senior Essay Medal and graduating in 1950, Robbins went on to study journalism at Washington and Lee University. However, the end of sophomore year marked the end of Robbins’ educational career for some time when he failed to earn a better letter at basketball and was charged with disciplinary problems by his fraternity.

After receiving his draft notice, Tom Robbins was enlisted in the Air Force in 1953. For one year, he worked as a meteorologist in Korea and spent the following two years in Nebraska serving in the Special Weather Intelligence unit of the Strategic Air Command. Robbins returned to Richmond, Virginia after being discharged from service in 1957. He began taking interest in the local bohemian scene and read poetry at the Rhinoceros Coffee House. The interest took him to the Richmond Professional Institute which offered courses in music, drama and art. The Institute later became Virginia Commonwealth University. At the University, Robbins became editor of the college newspaper and worked on the sports desk of the daily Richmond Times-Dispatch during the nights. After graduation from VCU with honors, Robbins was offered the position of a copy editor at the Richmond Times-Dispatch which he accepted.

Wanting to pursue a Master’s degree, Robbins moved to Seattle and enrolled at the Far East Institute of the University of Washington. He became an art critic for the Seattle Times where he worked for the next five years while also hosting a radio show at non-commercial KRAB-FM. Robbins wrote his first novel in South Bend, Washington where he moved some time in 1967. In 1970, he moved to La Conner, Washington where he wrote his following nine books in his little house on Second Street.

A successful writer, Robbins was awarded the Golden Umbrella award for contributions to the arts in 1997 during the Bumbershoot arts festival in Seattle. In 2000, The Writer’s Digest magazine listed Tom Robbins amongst the 100 Best Writers of the 20th Century. Robbins has also been referred to as the most dangerous writer in the world by the legendary Italian critic Fernanda Pivano.

Robbins married Alexa D’Avalon in 1987. The couple does not have any children together but Robbins has three sons from previous marriages. Alexa and Robbins continue to live in La Conner with their favorite dog, Blini Tomato Titanium.