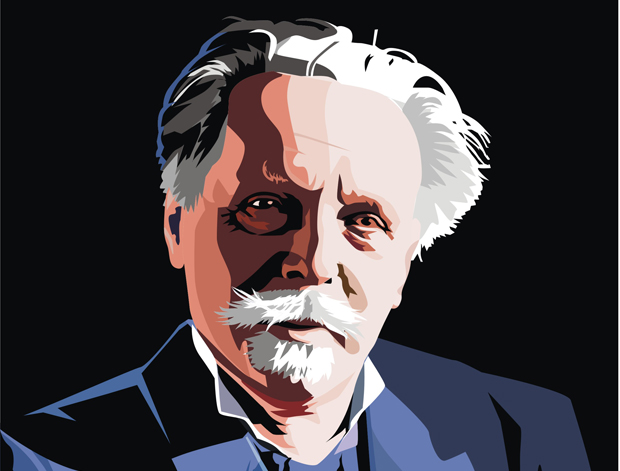 One of the most widely read German writers, Karl May’s popularity lies mainly in his adventurous stories set in the Old West America. His works have been translated into more than 30 languages and although May only visited Asia and the Orient in his late years, his first person narrative and accurate details about the places and people in the novels give the reader an impression of actual experience.

Karl Friedrich May was born on February 25, 1842 in Hohenstein-Ernstthal. He was the son Heinrich August May, a weaver and Christiane Wilhelmine who had 14 children, of which, 9 died. Early in age May suffered an eye condition because of which he was blind for the first five years of his life. After graduating from Plauen, May studied in Waldenburg to become a teacher. However, his teaching career came to an end when he was fired for stealing six candles from the school and also convicted for stealing a watch. This led to May losing his teaching license and falling into a crisis. He tried to recover from it by fraudulent activities such as posing as a doctor. As a result May was imprisoned at Waldheim where he developed an interest in books and stories.

May began contributing his writings to various publications after being released from prison in 1874 and also obtained a job in Dresden as a journalist. In 1880, May married Emma Pollmer. The marriage ended in divorce without any children in 1903. May’s second wife, Klara Ploehn was a widow before she married May and also 20 years his junior.

By the 1890s May had become a popular fiction writer with his collections of published short stories and novels. He was on the road to becoming a bestselling fiction writer. Having written over 70 books, Winnetou is the best known of his works. It was published in three volumes between 1876 and 1893. The story revolves around the unconventional friendship of Old Shatterhand, an American pioneer of German descent, and Winnetou, a noble Red Indian chief. In 1895, May bought a house in Radebeul and named it Villa Shatterhand after the character of Old Shatterhand. After the purchase of the house, May lived there for the rest of his life.

Although Karl May was a celebrity in Germany and the rest of Europe, his novels did not succeed in gaining the same success in the United States. He suffered an attack of severe pneumonia in 1911 after which he travelled to Vienna against the will of his doctor to deliver a speech at the academy for literature and music. The trip aggravated his illness. May died in Radebeul on March 30, 1912. An abridged version of his autobiography, Mein Leben Und Streben (1910) was published posthumously in 1917 and was entitled, ICH.

Buy Books by Karl May