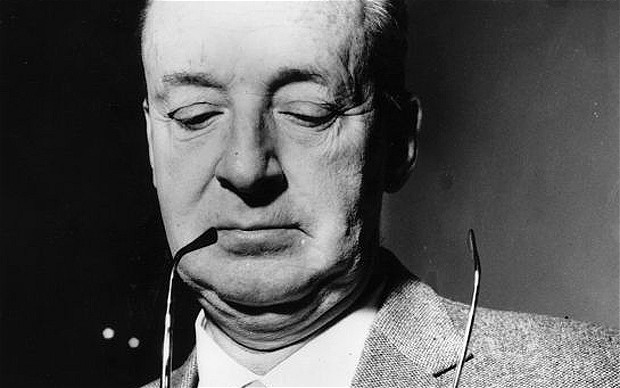 The Russian born Vladimir Nabokov was one of the most ingenious authors of the 20th century who is known for his originality and accomplishment as a writer. An experimental novelist, Nabokov often played with various forms of novel composition. His works carry a unique element of intrigue and humor with literary allusions, deceiving word games and bizarre incidents. His most famous works Lolita (1955) and Pale Fire (1962) have been ranked number four and fifty-three respectively on the list of Modern Library 100 Best Novels while his memoir Speak, Memory was ranked number eight on the Modern Library nonfiction list.

On 22 April, 1899 Vladimir Vladimirovich Nabokov was born in St. Petersburg to a prominent and rich Russian family of minor nobility. His father was a lawyer, journalist and a statesman. The eldest of five children, Vladimir led what he called the perfect childhood. At an early age, Vladimir learned to read and write in English in addition to French and Russian. The family was forced to flee after the Bolshevik Revolution moving to Livadiya and later England for some time where Nabokov studied Slavic and Romance languages in Trinity College, Cambridge. Nabokov’s experiences at Cambridge drew inspiration for his novel, Glory. The family moved to Berlin in 1920. After finishing from Cambridge, Nabokov followed his family to Berlin in 1922. A year later, he married Véra Evseyevna Slonim, a Jewish Russian woman who bore him their son Dmitri in 1934. Nabokov lived in Berlin for fifteen years before moving to the United States in 1940 when German troops began advancing.

In addition to being the de facto curator of lepidoptery at Harvard University’s Museum of Comparative Zoology, Nabokov also worked at Wellesley College as resident lecturer in comparative literature and Russian and European literature at Cornell University in the United States. He also began writing Lolita in addition to various other works during this time. His extremely supportive wife did everything for him including typing, editing, proofreading, translating and driving etc. Lolita gave Nabokov immense fame and money which he used to make a return to Europe and settle as a full time writer. In 1961, Nabokov along with his wife moved to the Montreux Palace Hotel in Montreux, Switzerland where he stayed until the end of his life. Nabokov died on July 2, 1977 to the hands of a severe bronchial congestion. His remains lie buried at the Clarens cemetery in Montreux.

As a writer, Nabokov has always been praised immensely for his use of complex and original plots clever alliteration and wordplay. Lolita, the first of its kind novel tells a unique and scandalous story of a middle aged man of intellectual weight who gets romantically infatuated with a 12 year old American girl. Some more noteworthy books by Vladimir Nabokov include Bend Sinster (1947), Pnin (1957), Ardor: A Family Chronicle (1969), Transparent Things (1972) and Look at the Harlequins! (1974).

In addition to being a writer, Vladimir Nabokov also led an equally distinguishing career as an entomologist. His extensive work in the field includes being a research fellow in zoology and organizing the butterfly collection at the Museum of Comparative Zoology at Harvard University.