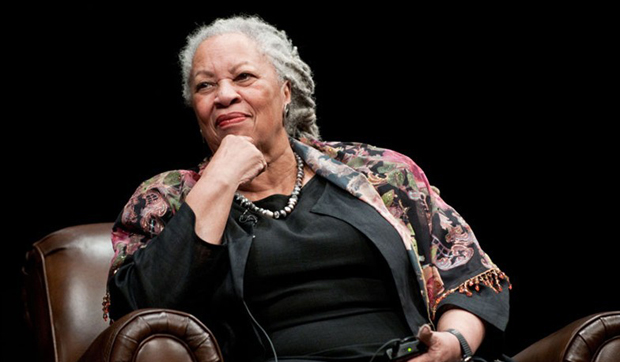 The Noble Prize winning Toni Morrison is an American author, editor and professor who is best known for writing novels with epic themes, detailed characters and brilliant dialogue. A lot of her works revolve around black women defining their roles and striving to survive in a male dominated society. Morrison’s work is also often heavily influenced by her inheritance of the African American culture. In addition to winning the Nobel Prize in 1993, Morrison was also awarded the Pulitzer Prize for her novel Beloved in 1987.

Escaping the problems of southern racism, Toni Morrison’s working class parents, Ramah and George Wofford moved to Lorain, Ohio where Morrison was born on February 18, 1931 and originally named Chloe Ardelia Wofford. She was the second of four children. Growing up in the Lorain black community, Morrison developed into a voracious reader who enjoyed everything from Jane Austen to Leo Tolstoy. Her father told her folk tales enriched with African American heritage which she transferred to her writings later on. In 1949, Morrison enrolled at Howard University in Washington D.C. which was the most distinguished black college at that time. In 1953, she completed her B.A. in English from Howard and went on to study at the Cornell University where she pursued a Masters of Arts degree also in English. Morrison graduated from Cornell in 1955 after completing a thesis on suicide in reference to the works of Virginia Woolf and William Faulkner. She was offered lectureship at the Texas Southern University in Huston, Texas where she taught English from 1955 to 1957. Morrison later returned to Howard on a similar teaching position and acquired membership to the Alpha Kappa sorority.

At Howard University, Morrison met another faculty member and a Jamaican architect, Harold Morrison whom she married in 1958. The marriage ended in a divorce in 1964 producing two children, Harold and Slade. Toni moved to Syracuse, New York after the divorce and began working as a text book editor moving on to becoming an editor at the New York City headquarters of Random House where she played a significant role in giving a boost to black literature in the mainstream.

Morrison first began writing at Howard when she joined a group of writers who met frequently to discuss each other’s works. Her first novel, The Bluest Eye was published in 1970. It was included in a selection of Oprah’s Book Club in 2000. Her 1973 book, Sula gained a nomination for the National Book Award in 1975. Another well admired work by Morrison is Song of Solomon (1977) which was a main selection of the Book-of-the-Month Club. The book also won the National Book Critics Circle Award. Morrison’s most significant novel, Beloved was published in 1987. Although the book attained immense critical acclaim, it failed to win the National Book Award and the National Book Critics Circle Award, to which the writing community protested. However, Morrison was soon awarded the Pulitzer Prize for fiction as well as the American Book Award.

Having taught at various educational institutes including the State University of New York, Morrison is a living expert literary figure of the United States. She is currently serving on the editorial board of The Nation magazine.