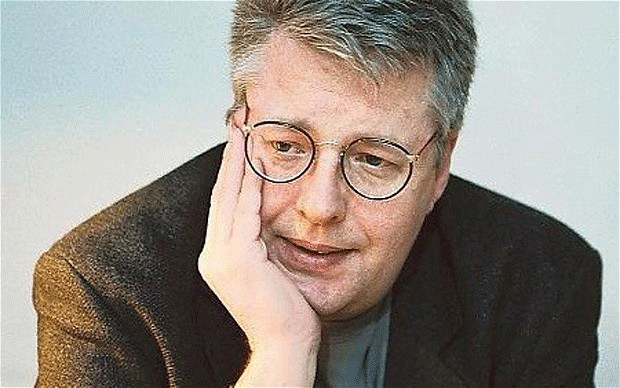 Karl Stig-Erland ‘Steig’ Larsson was a Swedish writer and journalist. He was born in Sweden in 1954, in the city Skellefea. As his family’s financial situation was not very stable, his parents decided to leave him with his grandparents in the countryside in a wooden house, where he lived till he was nine years old. He attended school in the village. His transportation was the country skis which took him to and from the school. Steig’s grandfather, who was imprisoned during the World War II and what happened with him thereafter, had a deep impact in shaping his personality.

On his 12th birthday Steig got a typewriter on which he spent hours writing till late night. When he was eighteen he met Eva Gabrielsson in a meeting against the Vietnam War in Umea. She became his life partner and Steig spent the rest of his life living with her till his death.

Steig started his writing career with science fiction and then later switched to writing crime fiction from 1971. He co-edited his first fanzine with Rune Forsgren ‘Sfaren’ in 1972. He continued writing fanzine during the 70’s and published over 30 more fanzines. He then moved to Stockholm in 1977 where he was actively involved with the Scandinavian SF society, which was the largest science fiction fan club, where he was part of the Board in 1978 and 1979 and then finally became its chairman in 1980.

Steig was also politically very active. He worked as a photographer with ‘Kommunistiska Arbetareförbundet’ which is the ‘Communist Workers League’ in Swedish. He edited a political magazine ‘Fjärde internationalen’ that is the journal of the Swedish section of the Fourth International. He was also the editor of the foundation’s magazine ‘Expo’. He did research on the right wing extremism. His research led to writing a book on this topic named ‘Extremhögern’ which means ‘Extreme Right’ in which he exposed the right wing organizations and racist groups. It is said that due to his involvement with this subject him and his wife suffered a life full of threats for the last fifteen years of his life.

After his death on 9th November 2004 manuscripts of a crime fiction novel series were discovered. He had written these for past time after his working hours. He had never tried to publish them. These were published in 2005 in Sweden. The first English translated book from the series is ‘The Girl with the Dragon Tattoo’ and this was published in England in 2008. It was given the Glass Key Award for the best crime novel. The second book is ‘The Girl Who Played with Fire’ got the Best Swedish Crime Novel Award in 2006. This book was published in England in 2009. The third book from the series which is called the ‘Millennium’ series is ‘The Girl Who Kicked the Hornet’s Nest’ and this was publishes in England in October 2009. These series are also made into films by a Swedish film production company.

Steig has mentioned in many of his interviews that he is inspired by American and British authors of crime fiction. Writing detective crime novels was a way of relaxation for Steig. He can also be called a workaholic as he spent 90% of his time writing day and night, smoking more than sixty cigarettes a day.