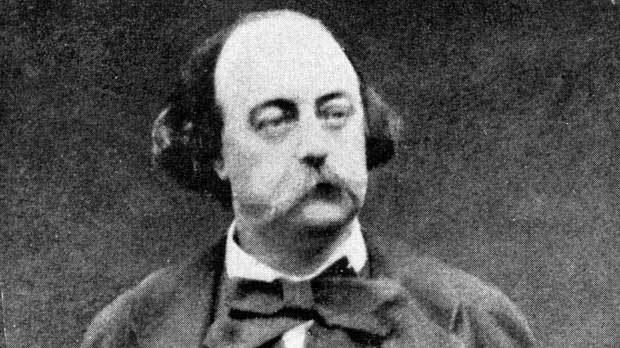 Shoulder to shoulder with the greatest Western novelists, Gustave Flaubert was a French novelist, story writer and a playwright. He is the much celebrated author of the scandalous Madame Bovary (1857) and one of the most influential novelists of his time who wrote fiction in a naturally realistic manner. He was known to research his subjects thoroughly and infuse psychological realism in his characters. Gustave was a man of style, be it his love for art, his writing or attire.

Flaubert was born on December 12, 1821 in Rouen, France. His father was a chief surgeon at the Rouen hospital. During the 1830s Flaubert went to school at Collége Royal de Rouen and wrote for the school newspaper. Flaubert spent a lot of his time travelling and reading Shakespeare. It was on one of his travelling endeavors in Trouville that he met a married woman named Elisa Schlésinger who was also much older. Gustave’s immense infatuation for Elisa is unmistakable in Mémoires d’un fou (1838), an essay he wrote describing the distress and anguish of love. In 1842, Flaubert wrote his first novel, Novembre. He then went on to study law in Paris to fulfill the wishes of his parents. However, after a first attack of epilepsy in 1844, Gustave gave up on studying law and pursued his passion for writing. By 1845, Flaubert had composed L’éducation sentimentale (Sentimental Education) which explained the joys of love and art.

Flaubert returned to Rouen after the death of his father and lived there for the rest of his life. He spent most of his time at home due to ongoing treatment of epilepsy but travelled once again with a friend to Egypt and Far East in 1851. He spent the next five years writing his greatest masterpiece, Madame Bovary. The novel was published in six installments by Du Camp’s literary journal Revue de Paris. Despite the book doing tremendously well in terms of sales and critique, Flaubert was pressed with charges of obscenity and hurting public and religious morality in the novel. However, Flaubert’s defense won the case and the novel came to be the most influential French novel of the nineteenth century. Flaubert’s career progressed with another novel Salammbô (1862) and a political drama Le candidat(The
Candidate) in 1874. He wrote a collection of short fiction stories, Trois contes (Three tales) in 1877.

A perfectionist by nature, Flaubert’s publishing frequency was much less than that of his peers. The reason being is his painstaking perfectionism. He would spend days and sometimes even weeks to compose a single page. And he was still never satisfied with what he wrote. Gustave worked very hard on his writing and refused to use synonyms, instead he believed in the principle of finding le mot juste (the right word) always. His ultimate aim was stylistic perfection for which he repeatedly revised his work.

Gustave Flaubert died on May 8, 1880 and is buried at the Rouen Cemetery in Normandy, France. In the same year Flaubert’s unfinished Bouvard et Pécuchet was published which was the last publication of this exceptional author.