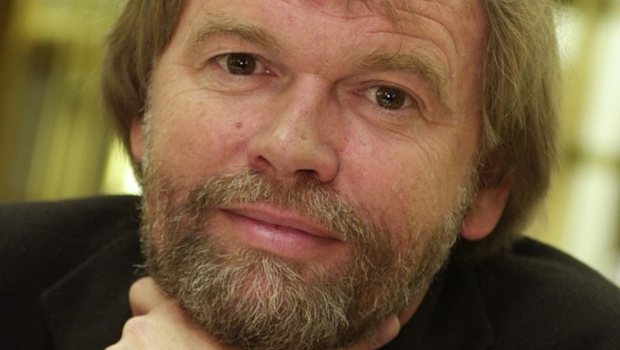 Jostein Gaarder is a Norwegian author of several novels, short stories and children’s books. Also an intellectual, Gaarder is best known for writing books from a child’s perspective often using metafiction, writing stories within stories. His claim to fame is his book Sofies verden: roman om filosofiens historie (1991) or better known as Sophie’s World: A Novel about the History of Philosophy (1994) which has been translated into fifty-three languages and produced over thirty million copies.

Born in Oslo on August 8, 1952, Jostein Gaarder came from an educational family, effects of which caused Gaarder to develop a deep rooted interest in reading, writing and teaching. His father was a headmaster while his mother was a teacher in addition to being a children’s books author. Gaarder attended the Oslo Katerdralskole and also studied Scandinavian languages and theology at the University of Oslo.

Gaarder began his literary career after his marriage in 1974. His first published works were contributions to a number of textbooks on theology and philosophy. In 1981, he moved to Bergen where he taught philosophy in a high school for several years. Gaarder published his first fiction, Diagnosen og andre noveller (The Diagnosis and Other Stories) in 1986 followed by two books for children entitled, Barna fra Sukhavati (The Children from Sukhavati, 1987) and Froskeslottet (The Frog Castle, 1988). Jostein Gaarder won the Norwegian Literary Critics’ Award and the Ministry of Cultural and Scientific Affairs Literary Prize for his 1990 book, Kabalmysteriet (The Solitaire Mystery).

Sophie’s World, Gaarder’s most famous of works was published in 1991. The book was a huge success, immediately becoming a chartbuster. It remained Norway’s bestselling book for three years and became equally popular worldwide. Translated into fifty-three languages, the book claimed the title of being the world’s best-selling book in 1995.

In addition to writing, Jostein Gaarder has actively been involved in support of human rights and sustainable development. It is for this very purpose that in 1997, Jostein and his wife established an award, Sophie Prize named after his book Sophie’s World. It is an annual prize awarded for international environment and development. Gaarder has also on several occasions raised voice in opposition to the Israeli occupation of Palestine and the treatment of Palestinians.

After the success of Sophie’s World, Jostein Gaarder devoted himself to writing, becoming a full-time writer. Gaarder continues to publish quality books every one to two years. His current residence is in Oslo where he lives with his wife Siri Dannevig and their two sons.