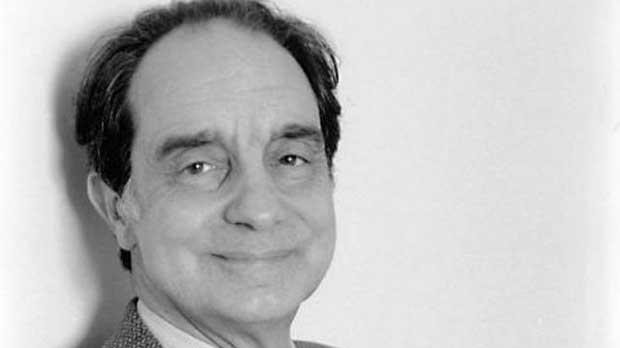 A strong contender of The Noble Prize for Literature, the Italian novelist, short story writer and journalist, Italo Calvino was one of Italy’s most celebrated writers who is known to blend fantasy, comedy and fable to give a illuminated depiction of modern life and in turn giving a new dimension to novel writing. Some of Calvino’s most widely read and acclaimed works include Our Ancestors trilogy (1952–1959), the Cosmicomics collection of short stories (1965), Invisible Cities (1972) and If on a winter’s night a traveler (1979). At the time of Calvino’s death, his literary work topped amongst the most translated works of a contemporary Italian writer. He was associated with the Neorealism school of literature.

Italo Calvino was born on October 15, 1923 in Cuba. Both his parents were botanists who returned to their native Italy soon after the birth of Calvino. Calvino grew up playing on his parent’s farm in San Remo while his father taught at the University of Turin. The influences of the lush greenery, vegetation and flora Calvino grew up in are often reflected in his writings. Calvino entered the University of Turin to study science after completing preparatory school but dropped out to join the Italian army during the German occupation of Italy. For two years, Calvino fought German as well as Italian fascists. He went back to the university in 1945 when the war ended. However, he did not continue studying science and entered the Faculty of Letters instead. He began writing a collection of stories based on his experiences during the war. The stories eventually formed into his much appreciated novel, The Path to the Nest of Spiders (1947). His friends, particularly Natalia Ginzburg and Cesare Pavese encouraged Calvino to write another novel and also requested him to join Enaudi, their publishing house. Calvino accepted the offer and became associated with the publishing house for the rest of his life.

During the 1950s Calvino produced quite a few noteworthy works on various subject matters and stories set in remote times with a flavor of comedy and fantasy. Some of these include The Cloven Viscount (1952), The Nonexistent Knight (1959) and The Baron in the Trees (1957). By the mid 1950s, Calvino spent most of his time in Rome which was at the time the political and literary hub for Italians. Tired of writing for Communist publications and disturbed by the Hungarian Revolt of 1956, Calvino resigned from the Communist Party. He had lost interest and belief in politics.

In 1956, Calvino published Italian Folktales. The collection of 200 authentic folktales from all regions and dialects of Italy brought Calvino immense international recognition establishing him as a significant literary figure. He moved to Paris in the early 1960s where he published The Watcher in 1963. In 1964, Calvino married Chichita Singer, an Argentinean woman. Some more publications to follow after his marriage included Cosmicomics (1968), Invisible Cities (1972), The Castle of Crossed Destinies (1973) and If on a Winter’s Night a Traveler (1979).

Calvino returned to Rome with his family in 1980 where they lived at their country house at Pinetta Rocca Mare. He finished writing Mr. Palomar in 1983. When Calvino visited the United States in 1975, he was given an honorary membership of the American Academy and Institute of Arts and Letters. In 1984, Mount Holyoke College awarded an honorary degree to Calvino. Italian Folktales was included in the American Library Association’s Notable Booklist in 1980. Italo Calvino died from cerebral hemorrhage on September 19, 1985 at the age of 61 in Sienna.