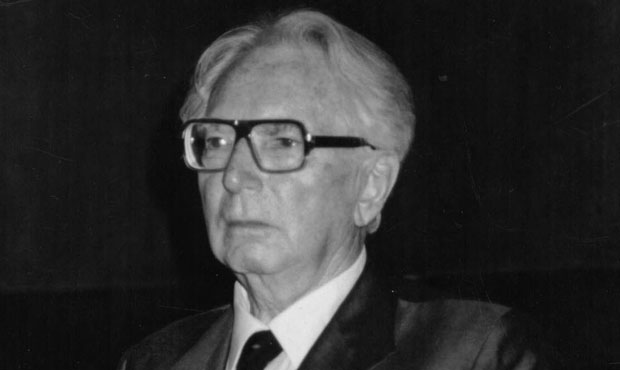 Viktor Frankl was an Austrian doctor who founded and introduced the term logotherapy for the first time as a form of Existential Analysis. One of the most significant figures of existential therapy and humanistic psychology, Frankl’s services as a psychiatrist and neurologist are commendable. However, he is best known for his famous book Man’s Search for Meaning.

Born in Vienna on March 26, 1905, Viktor Emil Frankl was born into a Jewish family. Being born and brought up in the birthplace of modern psychiatry, Vienna, Frankl developed an early interest in the field. His fascination with people and behaviors led him to be involved in Socialist youth organizations. At the age of 16, Frankl sent an essay he had written to renowned psychiatrist Sigmund Freud. The article was published three years later when Frankl was only 19. After graduating from high school in 1924, Frankl went on to study medicine at the University of Vienna. He later gained specialization in neurology and psychiatry and focused his studies on the factors of depression and suicide. Frankl held interest in Alfred Adler’s theory and published another psychoanalytic article in Adler’s International Journal of Individual Psychology in 1925. During a public lecture in 1926, Frankl introduced the term logotherapy and began to establish his own interpretation of Viennese psychology.

Frankl worked at the Psychiatric University Clinic for one year beginning in 1928. After graduating with medicine degree in 1930, Frankl became the in charge of a psychiatric ward in Vienna that catered to the treatment of suicidal women. By 1937, Frankl had begun his own private practice in neurology and psychiatry. When Hitler’s troops invaded Austria in 1938, Frankl chose to stay back for the concern of his elderly parents despite having an opportunity to flee to the United States. In 1940, Frankl was appointed the head of the neurological department of the Rothschild Hospital. Two years later in 1942, he married Tilly Grosse. Nine months after the wedding, Frankl, his wife, brother and parents were deported to the Theresienstadt camp near Prague.

After the deportation, Frankl would stay in four different Nazi camps and survive the Holocaust. He also survived in Poland when the camp doctor was directing the incoming prisoners into two lines. Prisoners in the line on the left were being sent to the gas chambers while the ones on the right were to have their lives spared. Frankl happened to be in the left line but escaped death by slipping into the other line unnoticed. From the experiences in imprisonment, Frankl realized that a person is most likely to survive a suffering or ordeal if he finds a reason to live, be it a big one or an insignificant one. Losing his family to the Holocaust, Frankl used the grief and suffering of losing his family to write his bestselling book, Man’s Search for Meaning. The book has been translated into more than 24 languages and reprinted over 73 times. It has also been widely used for academic studies in high school and university courses.

In 1947, Frankl married once again and had a daughter. A year earlier, he was made the Executive Director of the Viennese Neurological Health Centre, a position he kept until 1971. With 29 honorary doctorates and 30 books, Frankl was the first non-American to receive the American Psychiatric Association’s prestigious Oskar Pfister Prize. During his lifetime, Frankl lectured at 209 universities all over the world including Harvard and Stanford. On September 2, 1997, viktor Frankl died of a heart failure.