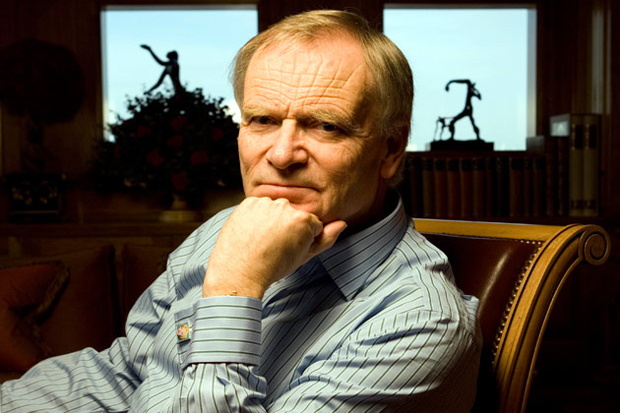 Jeffery Archer is a bestselling English author and a former politician whose political career ended in conviction and imprisonment for fabrication and perverting the course of justice. Archer has also served as a member of the British Parliament (1969 – 1964) and deputy chairman of the Conservative Party (1985 – 1986).

Jeffrey Howard Archer was born in London on April 15, 1940. After having done his O levels in English Literature, Art, and History, Archer tried his hands on a number of different occupations including training to join the police and army but settled as a physical education teacher at Vicar’s Hill, a Prep School in Hampshire and later at the prestigious Dover College in Kent. He later enrolled at the Oxford University Department for Continuing Education where he earned a diploma in teaching. He is suspected of providing the university with false academic qualifications to get into the course. Archer was a successful athlete during his years at Oxford where he competed in sprinting and hurdling. Archer worked part time as a charity fundraiser for Oxfam and was eyed with suspicion by other students for owning a house and personalized number plated cars by working part time. It was during his time at Oxford that Archer met his wife, Mary Weeden, whom he would marry in July 1966.

Archer continued fundraising after leaving Oxford and also started becoming active in politics becoming a Conservative Councilor on the Greater London Council in 1967. When he worked for the United Nations Association, he was alleged for divergences in his claims for expenses. In 1969, Archer started his own fund-raising company, Arrow Enterprises and an art gallery he sold two years later due to losses.

Archer was first recognized as a literary figure after the publication of his first book, Not a Penny More, Not a Penny Less in 1976. Being a success, an adaptation of the book was aired by BBC radio in the early 1980s and BBC television in 1990. The Kane and Able series is Archer’s best known work. It secured the number one position on The New York Times bestsellers list and was also made into a mini television serial. Another one of Archer’s bestseller to be seen on television is First Among Equals. An author to a couple of plays and more than 25 books for adults and children, Archer’s latest novel, Only Time Will Tell (2011) is the beginning of a new series titled, The Clifton Chronicles.

Famous not only for his literary contributions, Archer has also been the center of attention for quite some time due to his scandalous life. After being appointed the Deputy Chairman of the Conservative party in 1985, Archer was forced to resign a year later after being reported on having paying a prostitute for sexual services. However, Archer won the case named, libel trial, after suing and was presented £500,000 in damages. He was arrested in 2000 after a trial that found him guilty of persuading a friend to lie in court in the 1987 libel trial. After being imprisoned for four years, Archer was released on July 21, 2003. He wrote, A Prison Diary, a three volumes long memoir during his days in prison. Jeffrey Archer still remains a much talked about public figure, be it for his books or scandals.