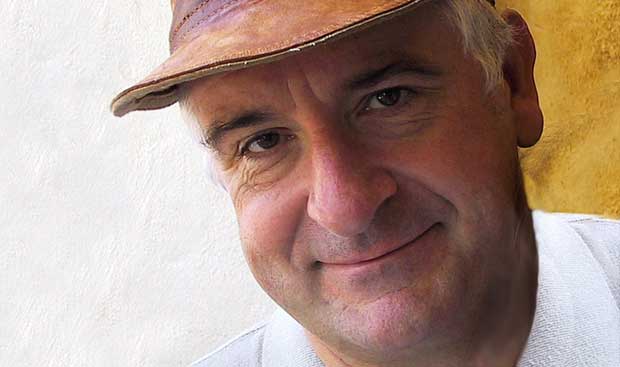 Douglas Noel Adams was born on the 11th of March 1952 in Cambridge. He was an English writer and dramatist. Adams went to Brentwood School in Essex from 1959 to 1970. Until then his interest lied more towards Science rather than Arts. It was not until the age of ten when after achieving a full score in an essay, his teacher Frank Halford, encouraged him to follow a career in writing. While Adams was studying in Cambridge he hitchhiked from Europe to Istanbul, working various jobs to generate funds for it. After he left school in 1970 to follow his career as a writer, Adams was certain that success was eminent. However, the truth was far from this. After being discovered by Graham Chapman and John Lloyd he also made brief experiences in the series ‘Monty Pythons Flying Circus’. But Adams writings were not aligned with the style of radio or television of that time which proved to be a great hindrance in his success.

To make a living Adams tried several jobs including hospital porter, barn builder, bodyguard and chicken shed cleaner. Nevertheless Adams continued his efforts, though few of his works were accepted. In 1976, however, his career escalated a little when he wrote and performed ‘Unpleasantness at Brodie’s Close’ in a festival. But by the end of the year, he was in strife again. This left Adams with great depression and low self esteem. Slowly he learned to cope with his situation and decided to keep working hard for success.

His early works include ‘The Burkiss Way’ (1977) and ‘The News Huddlines’. In the same year later he worked once again with Graham Chappal to write an episode of ‘Doctor on the Go’. Adams most notable work is ‘The Hitchhiker’s Guide to the Galaxy’ which reached immense heights of success with the book being the number one seller in UK. He also became the youngest author to have received the Golden Pen Award for his book. ‘The Hitchhiker’s Guide to the Galaxy’ moved on to become a television series, a record album, a computer game and also theatrical plays. In 1980 he wrote another successful book ‘The Restaurant at the End of the Universe’ followed by ‘The Universe and Everything’ in 1982 and ‘So Long and Thanks for All the Fish’ in 1984 and ‘Mostly Harmless’ in 2002. Douglas Adams sold more than fifteen million books in United Kingdom, The United States and Australia and was a best seller in many languages including German and Swedish.

His works received many awards some of which are the ‘Imperial Tobacco Award’ (1978), Sony Award (1979) and ‘Best Program for Young People’ Society of Authors/Pye Awards for Radio (1980). In 1982, three of Adams books made it to the New York Times bestseller list and the Publishers’ Weekly bestseller list making him the first British author to achieve this target after Ian Fleming. His phenomenal book ‘The Hitchhiker’s Guide to Galaxy’ was at the 24th number in the Waterstone’s Books and Channel list of the 100 greatest books of the century.

Douglas Adams died in Santa Barbara, California in May 2001.