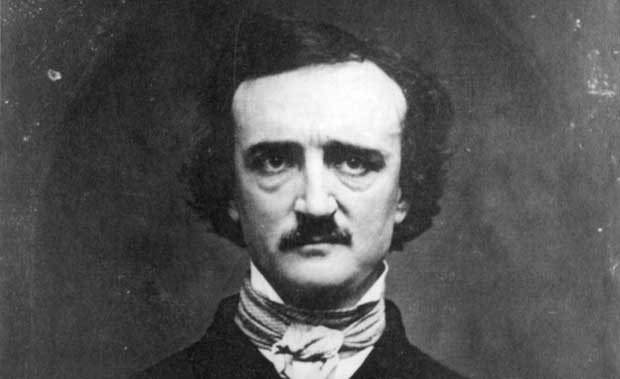 Edgar Allan Poe regarded as the father of modern detective story, was an American poet, author and literary critic. He was born on 19th January 1809 in Boston, Massachusetts. His contribution in the genre of science fiction and horror won him great recognition and appreciation during his lifetime and after his death. He is also considered to be the first well-known American Author who attempted to make his living solely on the basis of his writing career.

Poe was three years old when he lost both his father and mother. Orphaned at such a young age, he was adopted by John and Frances Alan, a wealthy merchant of Richmond, Virginia. In 1815 his foster parents moved to England where Poe attended school in Chelsea. Mr. Allan wanted to raise Poe as a successful business man but since his childhood Poe dreamt of becoming a poet. As early as the age of thirteen, Poe had written enough poetry to compile a book. In 1820, he returned to Richmond and got accepted by The University of Virginia. There he found himself attracted towards Latin and poetry. His attachment with the university however was short lived as he had to leave on account of financial issues. His financial condition also had its effect on Poe’s relationship with his foster father. He later recalled being furious on Allan for not providing enough funds for his university fee. This tension among the two led Poe to leave Allan’s home with an ambition to fulfill his dream of becoming a great poet.

In 1827, when he was just eighteen, Poe published his first book Tamerlane. In 1829 Poe and John reconciled for some time honoring his foster mother’s deathbed wish. John helped Poe to get enrolled in US Military academy at West Point. Before joining the academy he published his second book “Al Araaf.” He was expelled from the academy just after eight months of enrollment.

In 1831 Poe moved in with his aunt Maria Clemm in Baltimore. There he got engaged and later married his cousin Virginia Eliza Clemm. In 1833, Poe started publishing his short stories and poems through Baltimore Saturday Visiter. The year 1835 marked a formal start of his career when he joined Southern Literary Messenger as an editor and contributor. Within a year Poe gained wide recognition through his stories and mocking book reviews. He gained reputation of a critic who fearlessly attacked not just the writing but also openly criticized the author. He also made several contributions to other publications such as ‘Gentleman’s’ magazine, ‘Evening Mirror’ and ‘Graham’s’ magazine.

In 1837 Poe moved to New York and then to Philadelphia in 1838. He continued to make contributions in different journals. In spite of his growing success and fame Poe would always find himself in the middle of financial crises though later he became recognized as the cause of higher wages of writers.

In the year 1845 Poe gave one his most successful publication “The Raven,” a poem that earned him great fame. By now Poe was able to attract large crowds to his lectures and was in position to demand better pay for his work. He also published two books the same year. To bring a change in the magazine industry Poe proposed to start his own journal by the name of “The Stylus”, a dream he was never able to live. Poe died on October 7, 1849.