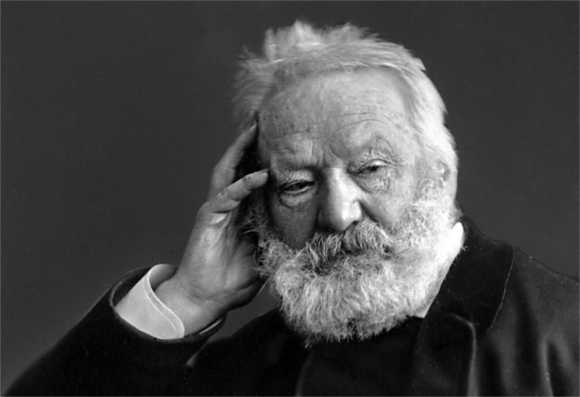 A prominent literary figure during the nineteenth century Romantic Movement in France was Victor Marie Hugo. He was an eminent French novelist, poet, playwright and essayist. It was his poetry that first earned him fame in the literary world and later his novels and plays brought him recognition. His notable works include Les Contemplations, Les Misérables and Notre-Dame de Paris.

Born on February 26, 1802, in Besançon, France, Hugo was the son of Joseph Léopold Sigisbert Hugo, a Napoleon army officer and Sophie Trébuchet, a Catholic Royalist. It was a reign of political chaos and upheaval in his childhood. Two years after his birth Napoleon came to power and his father was a huge supporter of the Emperor. On the contrary, his mother had opposing political and religious views as that of her husband and the perpetual travel entailed by his job deepened the rift in their marriage. Sophie temporarily separated from her husband and moved to Paris with her children. Growing up under his mother care, Hugo’s early poetry and fiction reflect his mother’s firm belief in monarchy and Catholic faith. However, the events preceding the French Revolution of 1848 radically changed his views. He became a strong proponent of Free-thought and Republicanism.

Hugo spent his adolescence years writing verse tragedy and poetry. In 1819, he and his brother founded a periodical, the Conservateur Littéraire. A few years later he published a collection of poems, titled Odes et Poésies Diverses, which earned him royal pension from Louis XVIII. It was not until the publication of Odes et Ballades, that not only the fluency of his poetry was appreciated but he was grown in stature for his expert lyrical craftsmanship. His political stand wavered as he made acquaintance with liberal writers. He soon realized the injustices done by monarchist regime and wrote in favor of the Republicanism.

He married to his childhood friend and lover Adèle Foucher in 1822 and the very next year published his debut novel, Han d’Islande. It was previously published anonymously in the form of four pocket-sized volumes. Shortly afterwards, the book was translated in English and Norwegian language. His second novel, Bug-Jargal, appeared in 1926, which narrates the story of friendship between a French army officer and an enslaved African prince. Similar to young writers of his era, Hugo was highly inspired by the most celebrated literary figure, François-René de Chateaubriand, during nineteenth century Romanticism movement. He aspired to become like his idol and furthered the cause of the literary movement. During late 1820’s he began to produce more mature works including Le Dernier jour d’un condamné. It reflects his acute social conscience that later influenced other pre-eminent literary figures including Fyodor Dostoevsky, Albert Camus and Charles Dickens.

In 1831, one of Hugo’s major works, Notre-Dame de Paris, appeared. The poignant story is set in the 15th century Paris and centered on the Notre Dame Cathedral. This French Romantic and Gothic novel attained instant success upon its publication and guilted the concerned authority into restoring the beauty of Notre Dame Cathedral. Subsequently, Hugo began to work on major work of fiction that underlines the miserable state of affairs in France and the social injustices faced by the people belonged to lower echelon of society. It took seventeen years for a masterpiece like Les Misérables (1862) to be recognized and published. It became a landmark in the French history for addressing certain issues that were later raised in the National Assembly of France. In 1885, Victor Hugo died of pneumonia at the age of 83.