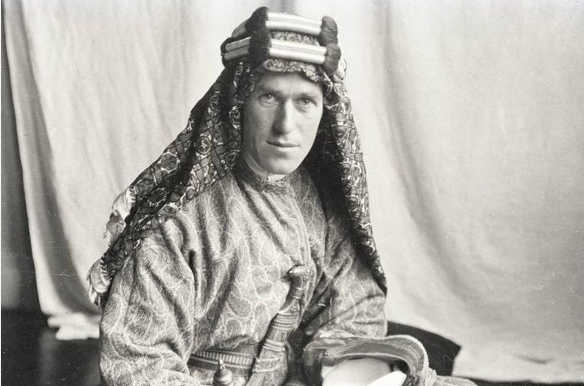 Thomas Edward Lawrence was a British army officer recognized for his services during the First World War. He came to be known as ‘Lawrence of Arabia’ as he recorded his experiences and war insight in writing, which was later adapted into a film by that title.

Born on August 16, 1888, in Tremadog, Wales, Lawrence was an illegitimate child of Sir Thomas Chapman and Sarah Junner. His father had left his family from first marriage in Ireland to live with Sarah and they went by the name Lawrence. As they moved to Oxford, Lawrence attended Jesus College where he took up History as his major. The course required him to write a thesis for which he went to Syria and explored thousand miles on foot. He wrote the thesis, titled The influence of the Crusades on European Military Architecture. As a result of his remarkable input, he graduated with First Class Honours. He favored practicing as an archeologist in the Middle East over studying medieval pottery course, which he attended briefly. He worked for four years in Syria excavating before he returned to England. He had also attended a two-year training course at the Oxford University Officers’ Training Corps.

At the advent of World War I, Lawrence was sent to Cairo with British Army for his knack for speaking different languages including Arabic. It gave him advantage as he extracted crucial information from Turkish prisoners. He also served as a liaison officer during the Great Arab Revolt. Siding with Arabs in revolt against Turks, he provided them assistance occupying a valuable port town, Aqaba. He was applauded for his services by his commanding officer. However, later Britain and France pulled back their support for Arabia as they decided to hand over Syria to France. Disappointed by their decision, Lawrence refused to accept any medals in honor of his services and continued to support Arab independence. Eventually, his efforts for equal rights and peace paid off and Arabs were given hold of Iraq and Trans-Jordan.

The valor, courage and integrity, Lawrence manifested in his support of Arabs, attained him his celebrity. In addition to serving in army, he was also a prolific writer. His writings were mainly of epistolary nature. He used to write quite a few letters in a day which were later complied into a number of collections and published. Over the years, he made acquaintance with major literary and non-literary figures including George Bernard Shaw, Winston Churchill, E. M. Forster and Siegfried Sassoon. He even met Joseph Conrad (author of Heart of Darkness) in person and commented on his works.

Lawrence authored three major works in his lifetime. One of them was his memoir, Seven Pillars of Wisdom, the most significant of all his writings. In the book, he provided his account of war, especially the Arab Revolt. Besides detailing his personal experiences, the book also shed light on several different topics, such as military strategies, geography and Arabian culture. George Bernard Shaw is mentioned to have provided his assistance in the editing of the book. Additionally, he translated Homer’s Odyssey and a work of French fiction, The Forest Giant. Two months after he retired from military service, a sad series of events transpired. On May 1935, Thomas Lawrence died of fatal injuries that he received in a motorcycle accident.