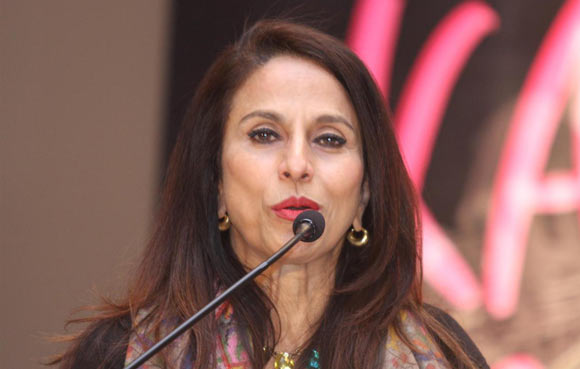 Among the distinguished literary writers of South Asia, Shobhaa De holds an elevated position. Being a novelist and a columnist, she contributed profusely to South Asian literature. She was born as Shobhaa Rajadhyaksha on 7th of January 1947. She grew up in Maharashtra and was raised by a Saraswat Brahmin family.

Shobhaa completed her early education from Queen Mary School, Mumbai and later received a degree in psychology from St. Xavier’s College of Mumbai. Her first career choice was modeling which she pursued for some time and had proved herself as well. In 1970, she switched her career to journalism. Shobhaa offered her editorial skills to renowned magazines like Stardust, Celebrity and Society. Her column for The Times of India named ‘Politically Incorrect’ earned great praise. In her columns, she comments on various issues ranging from social, economical to political dynamics.

Subsequently, she directed her attention toward literary writing choosing the novel form as medium of her work. In 1989, she published her debut novel entitled, Socialite Evenings. The novel explores the dynamics of elites of Indian society. In fact, the book has a semi-autobiographical air to it. It highlights the decay of the social values, morality and culture. The socialites are portrayed as immoral and degenerated people who have traded their moral values for materialistic gain. The novel was heavily criticized for its controversial content, though it sold out and gained commercial success.

Shobhaa De’s literary writing journey eventually turned her into India’s bestselling author. More than 17 of her novels climbed the bestselling books charts at once. Her works have been translated into many languages. The reform and rise of women’s fiction is accredited to Shobhaa for her daring to voice her thoughts in her writing. Her second novel, Starry Nighst, is allegedly inspired by two famous Bollywood off-screen couples. The book discusses the dynamics of the Indian showbiz industry. Yet again it was an instant success establishing Shobhaa as a distinguished writer. Her other book named Spouse – The Truth About Marriage surveys the institution of marriage in the urban society. Over twenty thousand copies were sold on its first day of official launch.

Her style of writing is deemed a breath of fresh in the Indian literature. The highly individualistic style of writing that does at times seems provocative and bold. Another interesting fact about her writing is her invention of ‘Hinglish’, an uncanny blend of Hindi and English. Readers found this language a refreshing change in the Indian literature produced in ‘Hinglish’. Some of her other highly popular novels include Second Thoughts, Sultry Days, Speedpost and Uncertain Liaisons.

Besides literary writing, Shobhaa is also recognized for her scriptwriting for Indian television soaps. She has penned down numerous soaps including Swabhimaan, India’s first ever soap. Moreover, her television appearances have increased with her popularity. A significant television show, Power Trip, was hosted by Shobhaa as well. Her regular participation on several television debate shows also earned her an esteemed position in electronic media.

Currently, Shobhaa is involved in writing novels, columns and television appearances simultaneously. She writes columns for a periodical named ‘The Week’. Her columns examine the issues also discussed in her novels about the worrisome behavior and attitude of our generation. However, she has been severely criticized for influencing young generation’s behavior by her provocative writings. Presently, Shobhaa lives with her husband, Dilip De, and her six children in a high-class neighborhood of Mumbai.