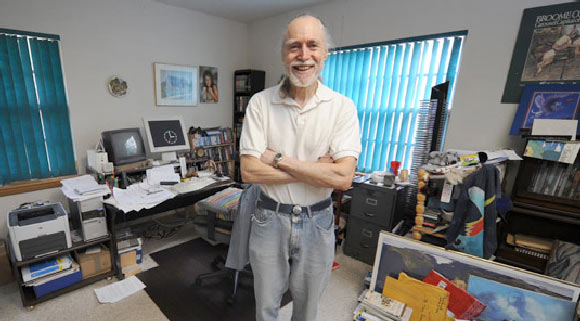 Piers Anthony Dillingham Jacob is an eminent English-born American contemporary writer who writes under the science fiction and fantasy genres. He is recognized for his novel series set in the fictional universe of Xanth.

Anthony was born on August 6, 1934 in AwGhost, Oxford to Oxford University graduates. He grew up under the supervision of close relatives and governesses as his parents were actively involved in relief work in Spain during Spanish Civil War. He left his England at the age of four with his sister to join his parents in Spain. His father was arrested by Spanish government under General Franco’s rule though they released him on the condition that he will leave Spain immediately. His family quickly immigrated to United States, since Europe was still under the siege during the Second World War. Separation from two countries and depression followed by the war strained his parents’ relationship and eventually it ended. The series of ill-fated events added up to Anthony’s emotional suffering and inhibited him from functioning normally. It took him three years during which he attended five different schools to make it to the second grade. In 1956, he earned a Bachelor of Arts degree in Writing from Goddard College, Vermont. He married the same year he graduated.

Subsequently, he worked a number of jobs involving hodgepodge of employments, such as a caretaker at a mental hospital and technical writer at a company. It was not until 1957 that he decided to enlist himself in U.S. Army in order to support his family. While serving, he took up editing and made cartoons for battalion newspaper. He served for two years and became a naturalized U.S. citizen in 1959. After short-term service in army, he embarked on his passion for writing. Since he had no other source of income, his wife agreed to support him if he managed to sell his work in span of a year. He succeeded in selling two of his short stories but it still did not hold the prospect of stable and promising income.  Therefore, he began teaching English at a high school alongside.

In 1966, he left the job and picked up full-time writing again and now as a novelist. It took him a decade to publish something worthy of recognition that was the first of Xanth novel, A Spell For Chameleon.  With its publication and immediate success he was recognized as a prominent fantasy writer. He successfully published over forty New York Times bestsellers in the following decade. Some of the titles in the Xanth series include The Source of Magic, Centaur Aisle, Man from Mundania, and Zombie Lover. Moreover, he wrote an autobiography, entitled Bio of An Ogre, which detailed his lifetime of experiences.

As his fantasy fiction gained immense popularity, Anthony moved to more serious writing. The serious topics included the fate of American Indians, history, evolution of mankind, Spanish Civil War and the Second World War which he covered in his Geodyssey series. He received the Derleth Fantasy award for his fantasy novel, A Spell for Chameleon. Anthony is a prolific writer who has published nearly 200 books. Moreover, he has kept up with the rapidly evolving technology and has published two e-books as well, titled Volk and Realty Check. He is currently married to Carol Marble and resides in his tree farm in Florida.