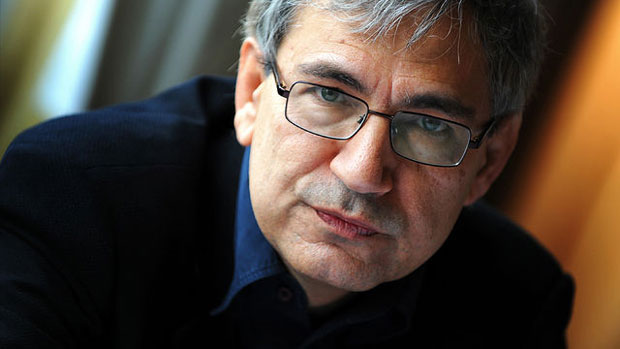 A Turkish writer supporting the rights of the Kurds and other minority groups is rather unusual. But that is exactly what Orhan Pamuk did proudly and loudly when he asserted:

……I said loud and clear that one million Armenians and 30,000 Kurds were killed in Turkey

For this ‘crime’ of declaration, Pamuk was tried under a law that asserted that “A person who, being a Turk, explicitly insults the Republic or Turkish Grand National Assembly, shall be punishable by imprisonment of between six months to three years.” Ironically, the law was only promulgated and enacted approximately four months after the interview in which he had made his initial declaration in 2005.

Pamuk is a controversial person in his native Turkey. He seems to have a desire to expose the rottenness in society and therefore publicly touches on issues like ethnicity, race and controversial historical details that are regarded as taboo in Turkey. He has been threatened and vilified for his opinions, but he will not back down because he believes writers must write to inform and create awareness of issues that are real and that need to be acknowledged and addressed.

Pamuk’s literary works of acclaim include Snow and My Name is Red. He has often been faced with challenges in translating his works because translators have not been able to adequately capture the subtle nuances of a sensitive writer.

My Name is Red is set in the Ottoman Empire of Murat III in the winter of 1591. The book covers a time period of nine days of tension between East and West and ….blends mystery, romance, and philosophical puzzles….

Snow is about Kars, in Turkey. In the old days Kars was a vibrant and throbbing place, but has now declined into obscurity and wretchedness. This wretchedness is what Pamuk describes, hurting the sensibilities of former residents who left Kars decades ago but continue to reminisce in its past glory.

Istanbul: Memories and the City is a personal account and it infuriated his family.

I thought I would write Memories and the City in six months, but it took me one year to complete…… My life, because of so many things, was in a crisis; ……divorce, father dying, professional problems, problems with this, problems with that, everything was bad.I thought if I were to be weak I would have a depression. But every day I would wake up and have a cold shower and sit down and remember and write, always paying attention to the beauty of the book. Honestly, I may have hurt my mother, my family…… But I can’t care about that; I must care about the beauty of the book.

Pamuk comes from a secular Westernized family and is influenced by his father who had literary friends and would endearingly…. mock them for only addressing a Turkish readership. Listening to my father—even at an early age—I had the impression that an author should address not the national concerns, but all humanity.