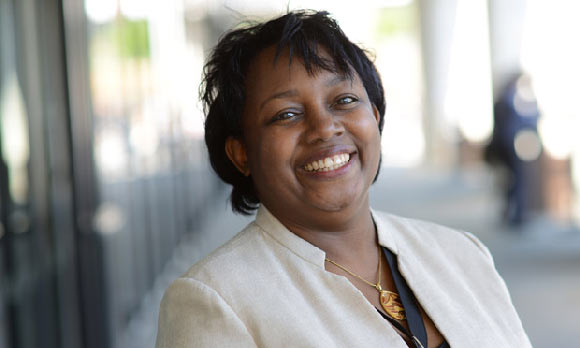 Malorie Blackman is a renowned British children books writer and has been recently appointed the Children’s Laureate (2013-2015). She has prolifically produced children’s and young adult’s literature and television dramas. She uses science fiction to bring out the theme of ethnics and related social issues. Her key work includes Noughts and Crosses series.

Blackman was born on February 8, 1962, in Clapham, London. Though she hoped to become an English teacher since her childhood but she changed her career choice and opted for computer science. She received a Higher National Certificate from Thames Polytechnic and also earned her graduate degree from the National Film and Television School. In 1990s, she got married to Neil and had a daughter. She worked as a system programmer before embarking on her writing career. Her first literary work was published at the age of 28 and till now she has authored over sixty books. In addition to story writing, Blackman has a keen interest in composing music, playing piano and poetry writing.

Some writers are born with the uncanny ability to reach their audience and positively influence them and Blackman is one such example. She has tried to reach her younger audience through her short stories, picture books, novels and television shows. She has penned television scripts for several famous children’s TV dramas for CITV and BBC Education. Some of these television shows include Byker Grove, Whizziwig and Pig Heart Boy. She also wrote two stage plays, titled The Amazing Birthday and Noughts and Crosses.

Her first book, published in 1990, was a collection of sci-fi and horror stories for young adults, entitled Not So Stupid!: Incredible Short Stories. It was followed by a young adult novel Trust Me (1992) and number of children’s books. Her first children’s novel, Hacker (1992), follows the story of a young girl Vicky, who hacks into a bank’s computer to find evidence that substantiates her father’s innocence in a bank robbery that he has been accused of. Blackman’s computer science background played an instrumental role in her creation of interesting plots for her books. Another sci-fi story, Thief (1995), is about teleportation of a child into the future for apparently committing a crime. Pig-Heart Boy (1997) revolves around a teen in need of heart transplantation. Later the book was adapted into a TV drama which won the prestigious BAFTA award in children’s drama category.

In 2001, Blackman began writing her highly acclaimed young adult novel series, titled The Noughts & Crosses. This five-volume series addresses the issue of racism, ethnicity and violence. Most of the characters featured in her works are black, but it was not until this series that she openly acknowledged the issue of black’s identity. The author reverses the situation of black and white people. Instead of black being the oppressed minority, they are depicted as the ruling class called ‘Noughts’ and the whites, ‘Crosses’, are the have-nots in this dystopia. There is a romantic angle to the story that focuses on the impossible love affair between two youths belonging to different social stations. It is one of the most read young adult novels, according to a survey conducted by BBC in 2003.