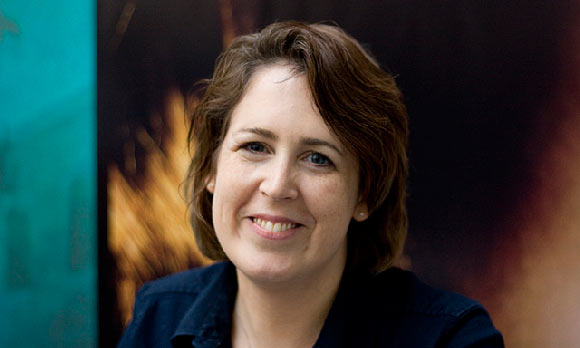 Kelley L. Armstrong is a Canadian fantasy and crime fiction writer, recognized for her Women of the Otherworld fantasy novels. She has also written a number of short stories and novellas.

Born in Sudbury, Ontario, on 14 December 1968, Armstrong belonged to a stereotypical middle class family. She received her graduation degree in psychology from The University of Western Ontario. Afterwards, Armstrong changed her course of study and pursued computer programming at Fanshawe College. She switched her subjects so she could make more time for writing in her busy schedule.

Armstrong was an avid reader as a child who used to devour paranormal stories. Her love for animals particularly werewolves became the model for her acclaimed fantasy series. As an author it was a challenge for her to reverse the idea of werewolves being crazed-killers. One of the episodes in a sci-fi fantasy TV series, The X-files, depicted lycanthrope as dangerous beings which put her to the task of reforming the image of these creatures.

She penned her debut novel, Bitten, in 1999 which was officially released the very next year. It is a paranormal fiction centered on Elena Michaels, who is special for being only female werewolf in the world. The novel was initially intended as a standalone book, but its massive success paved way for sequels. The Women of the Otherworld series include dozen other books since the publication of Bitten. Some novellas are also part of the successful series. However big hit it was, the series was not granted a big-screen adaptation until recently it was adapted for a TV series.

The series falls under the genre of contemporary fantasy that superimposes supernatural characters in a modern world. Armstrong has artfully sketched the fantastical creatures in her books. The prevalent romantic element is also present in the setting of contemporary North America. She has featured a wide range of supernatural beings in her novels which include werewolves, ghosts, sorcerers, vampires, necromancers and demons. Her fantasy works also share a strong mystery plot that dictates the course of action of each character. The series follows a regular plotline with each novel reaching its climax and resolution that also leads up to character development.

Armstrong is credited for another young adult paranormal trilogy, Darkest Powers. The first novel in the series The Summoning, published in 2008, is about a teen necromancer, Chloe Saunders. Finding out about her abilities as a ghost caller, Chloe struggles with the implication of this whole situation. The sequels that follow the book include The Awakening (2009), The Reckoning (2010). The trilogy instantly topped the bestselling charts. In fact, the second book in the series stood no. 1 at The New York Times bestsellers list. Critics are of the view that Armstrong has her paranormal fantasy writing style in common with other fantasy authors Laurell K Hamilton, Kim Harrison and Charlaine Harris.

In addition to fantasy novels, Kelley Armstrong had written a few crime novels as well. The first novel in her crime fiction The Nadia Stafford series is Exit Strategy (2007). It features an unconventional character, Nadia Stafford, who is a hit woman for a Mafia family. Other novels in the trilogy include Made to be Broken (2009), Wild Justice (2013). Critics view her diversion from fantasy novels a good sign, as her crime novels succeed to make a positive impact on her audience.