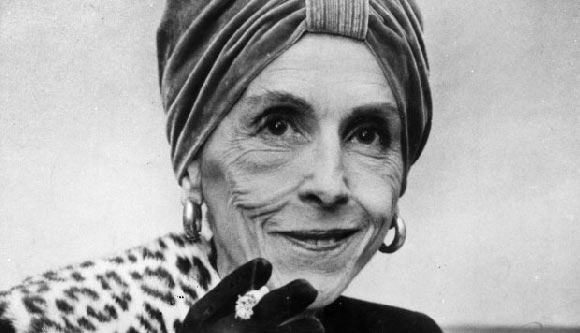 Karen von Blixen-Finecke was an eminent twentieth century Danish writer who wrote under several pen names including Isak Dinesen, Pierre Andrézel and Osceola. Her best known works include Out of Africa and Babette’s Feast.

Born on April 17, 1885, in Rungsted, Denmark, Baroness Blixen grew up in a patrician household. She was the daughter of an army officer and a writer Wilhelm Dinesen and his wife Ingeborg. She was the older sister of the Victoria Cross recipient, Thomas Dinesen. Her father’s enthusiasm for storytelling and his adventurous nature heavily influenced Blixen. Since an early age Blixen manifested sharp artistic sensibility. In Copenhagen, she studied at the Royal Academy of Art and subsequently attended several other art schools across Europe.

Blixen took up writing in early 1900, and published her debut short story in 1907. She married her Swedish second-cousin, Baron Bror von Blixen-Finecke. The couple relocated to Kenya, which was still part of British East Africa and there they began a coffee plantation business. They divorced in 1921, years after Blixen discovered her husband’s infidelity when she contracted syphilis from him. Afterwards, she grew close to an English hunter Denys Finch Hatton, who died in a biplane crash. Following his death and as her coffee plantation business foundered after worldwide economic depression, she permanently returned to Denmark in 1931.

On her return, Blixen embarked on her writing career in earnest. She wrote her first book under the nom de plume, Isak Dinesen. Written during her time on coffee-farm, Seven Gothic Tales (1934) is more of a metaphoric book unlike what the title suggests. It received positive reviews as it was first published in United States even before it hit the bookstores in Britain and Denmark. It was deemed a masterpiece in United States and Britain but failed to be recognized for its artistic craft in her homeland. The Danish critics were rather reserved who criticized the elitist outlook and exotic depiction of Europe. Furthermore, the book failed to be categorized under any of the ongoing literary movements. The stories were set in the fantastical, romantic and aristocratic nineteenth century Europe following the lives of rebellious youth.

Blixen’s second book was enormously successful which established her reputation as an esteemed writer of her age. Out of Africa (1937) is a semi-autobiographical book in which she recounted her years in Kenya. However, she refrained from sharing the sordid details of her marriage and affair with the English hunter. Years later the book was adapted for big-screen that won an Academy Award. She revisited her memories of Kenya in another autobiographical book, Skygger på Græsset (Shadows on the Grass). Her perception and treatment of African locals and servants is regarded politically correct. On the other hand, her posthumously published book, Letters from Africa, reveals her aristocratic outlook toward the other race.

The Second World War influenced Blixen to write an allegorical novel. The Angelic Avengers was her first full-length novel that alludes to the horror brought about by the Nazis. Some of Blixen’s major works include “Babette’s Feast”, Winter’s Tales, The Dreamers, Last Tales and The Immortal Story. She was highly regarded by her contemporary writers, such as Arthur Miller, Truman Capote and Ernest Hemingway. Karen Blixen received the 1950 Danish Ingenio et Arti medal and was shortlisted for the 1962 Nobel Prize in Literature but owning to her sudden demise was declared ineligible. At the age of 77, she died of malnutrition in 1962.