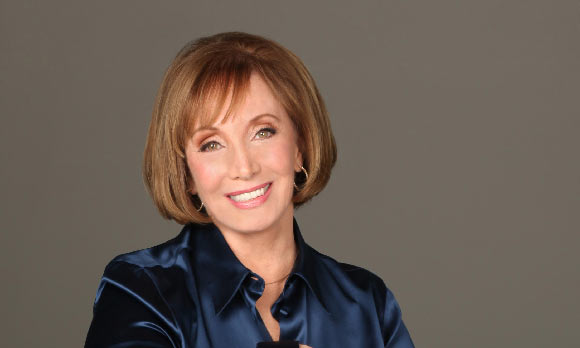 Julie Garwood is an American popular fiction writer. Her forte is historical and contemporary romance novels. She has penned over thirty novels in romance and suspense genre. Most of her novels have appeared on the New York Times Bestseller list.

Raised in Kansas City, Missouri, Garwood was the second youngest child of an Irish family. As a child she had a severe case of tonsil which resulted in her missing out on early years of school. She fell behind in school and was unable to read like the other kids of her age which worried her mother. She was privately tutored by a math’s teacher, Elizabeth, who taught her the art of reading and enjoying literature. Her inspirational teaching left a huge impact on Garwood’s life. Later she pursued higher studies to become a registered nurse along with a Russian history course. Inspired by historical importance of things she enrolled herself for double majors in nursing and history.

It started when Garwood’s precisely written essays were applauded by a professor who persuaded her to write. She began to write and eventually produced a young adult fiction novel, A Girl Named Summer. In 1985 she wrote another YA novel, What’s a Girl to Do?, under the pseudonym Emily Chase. Her next attempt was a historical romance novel, Gentle Warrior, which was written in 1985. The novels remained unpublished until she got married, had children and in her spare time attended writers’ conference where she found an agent to represent her work. Her novels were instantly published and she was been requested for more historical romances. In the following years she produced several stand alone novels, including Rebellious Desire (1986), Honor’s Splendour (1987), and The Prize (1991).

In 1988, Garwood began to write a romance series. The first book in her Crown’s Spies Series was published by the title The Lion’s Lady (1988). The series comprises four novels in total. The following year she penned another series named Lairds’ Brides Series. The first book, The Bride, was about a Scottish laird’s quest of marrying an English bride which like other romance novels followed the conventional plot of resistance on hero and heroine’s part and eventual acceptance of each other. Highlands’ Lairds was another series consisting of three novels published in the span of fifteen years.

The female protagonists in her novels are particularly characterized for their peculiarities. They would seem to be simpleton and clumsy and have a proclivity to get into trouble. However, as the plot progresses they would appear in a whole new light as charming, insightful and strong-willed person. Garwood invested ample time and energy to get the historical facts accurate before incorporating them in her books. She would cross-refer with three different sources before confirming the facts.

With the progress of time Garwood’s interest shifted from historical romance to contemporary romantic thrillers and suspense. In 2000, she published a contemporary novel series known as Buchanan-Renard series. The novels focus on Buchanan family protagonists who are mostly in government law enforcements. Most of the plots in her works illustrate male protagonists rescuing damsels in distress. Some of these contemporary romance novels include Heartbreaker (2000), Mercy (2001), Killjoy (2002), Murder List (2004), Slow Burn (2005), Sweet Talk (2012), Hotshot (2013) and Fast Track (2014). Julie Garwood’s For the Roses was also adapted into a Hallmark Hall of Fame film, titled Rose Hill (1997).