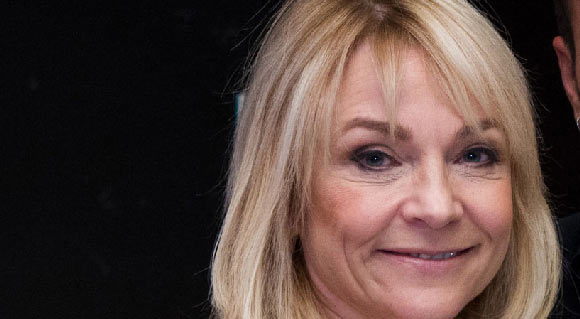 Helen Fielding is a contemporary English author and a screenwriter. She gained massive popularity for her novel, Bridget Jones’s Diary. She also won British Book of the Year award for her novel.

Born on February 19, 1958, Fielding grew up in Morley, West Yorkshire. Her father was a managing director in a factory nearby her home. He died when she was twenty-four years old. She received her early education from Wakefield Girls High School and then she went on to major in English from St. Anne’s College, Oxford. Moreover, she performed in the Oxford revue at the 1978 Edinburgh Festival where she met and became friends with notable figures such as, Rowan Atkinson and Richard Curtis.

Fielding began her professional career in 1979 working as a regional researcher for BBC’s news magazine Nationwide. In the following years she was promoted to the position of production manager, she produced a number of  light entertainment and children’s show. In 1985, she produced a live broadcast for Comic Relief in Sudan. She created two documentaries in Africa with the aim of fundraising. Then she researched for the documentary, “Where Hunger is a Weapon” produced for the Thames TV. The documentary was based on the Southern Sudan rebel war. In the span of ten years, Fielding worked with several renowned national newspapers, including The Telegraph, The Sunday Times and The Independent.

As she investigated the stories for the documentaries, her experience as a researcher inspired her to transform them into writing. Eventually, she wrote her first novel, Cause Celeb. The novel illustrates the story of Rosie Richardson, marketer, who goes to Nambula, a fictional town. Nambula presented a poignant picture of poverty which saddens Rosie yet motivates her to stay and work at a refugee camp. The novel highlights the determination of one woman who sets out to save the people from approaching famine.

Subsequently, Fielding wrote her key work, Bridget Jones’s Diary. It originally began as a piece in the columns published anonymously in The Independent. The columns illustrated life of a singleton Londoner that instantly became popular among the readers which led to the publication of novels. The novels are written in the form of journal entries. It gives a look into a working woman’s life, in her thirties. In a lighthearted tone Bridget Jones pens her day to day life affairs encompassing issues regarding romantic relationships, career, family & friends, self image and other matters. Bridget is shown to be struggling with the common weight issue, her love life and drinking and smoking problems. The witty and ingenious take on a single woman’s life and the problems that surround her, appealed to the audience. The novel became a worldwide bestseller in record time when published in paperback in 1997. It is marked as a milestone in the newly introduced Chick Lit genre.

Afterwards, Fielding wrote a sequel for the book, titled Bridget Jones: The Edge of Reason, 1999. Furthermore, the first novel was adapted into a major motion picture in 2001 and a second one in 2004. Fielding wrote the screenplay for both the adaptations. The film stars a distinguished cast, including Renée Zellweger, Hugh Grant and Collin Firth. Besides novels, she has also penned a short-story collection in 2009, entitled Ox-tales. Moreover, Helen Fielding was awarded British Book of the Year and Evening Standard Award Best Screenplay.