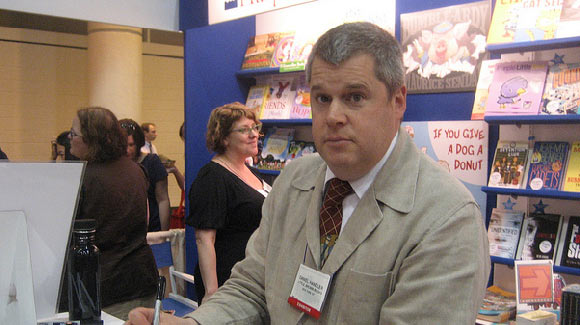 Born on February 28, 1970, Daniel Handler is a renowned American novelist, screenwriter and musician. His main contribution is to children’s literature which he writes under pen name Lemony Snicket.

Handler was born to Lou Handler, an accountant and Sandra Handler Day, an opera singer and retired Dean in San Francisco, California. He is a descendant of German Jewish refugee and distant relative of famous British author Walpole. In 1988, he graduated from a high-class Lowell High School and then attended Wesleyan University. Handler developed interest in poetry so much so that he started writing poetry for which the Academy of American Poets awarded him the 1990 Poets Prize. However, he directed his attention toward fiction after brief poetry writing. He earned himself Olin Fellowship after graduating from the university. The fund supported him to work on his first fiction writing project. For a national radio show he produced comedy sketches alongside writing novels. Later, he took a freelance movie/book critique job in New York City.

Eventually, he published his debut novel in 1999, The Basic Eight. The novel was rejected repeatedly before its publication for its sarcastic tone and treatment of a dark subject matter. It features the character of Flannery Culp, imprisoned for murdering school fellow and a teacher. The book is in the form of journal entries that progress toward the murders. In nature, the novel seems like a social satire which according to some critics was its strength and also its weakness. Handler’s second effort, Watch Your Mouth, also garnered mix reviews for its controversial content. The book is a complex blend of modern sexuality and Jewish mythology in an operatic setting.

Afterwards, Handler was approached by an editor to compose story for younger audience. He reluctantly accepted the task writing under the pseudonym, Lemony Snicket as he produced A Series of Unfortunate Events. Lemony Snicket is the narrator of the story of three Baudelaire children. These three orphans are reported to have fallen to an ill fate following their parents’ death and losing their house. The miseries in their life are brought on by their cousin Count Olaf. Each book in the series seems to intensify the theme of misery and distress.

In the preface of his first book in the series, The Bad Beginning, to the final one, he brazenly warned his audience that his books will not follow the course of fairy tales because they do not have happy beginning or endings. Despite the gravity of this statement and the content, the books garnered massive praise by readership of varying age groups. In fact, Handler narrated the three audiobooks in the series as Snicket. The Snicket series became an international bestseller with translation in 37 different languages. Other titles in the series include, The Beatrice Letters, The Lump of Coal, The Composer is Dead and 13 Words.

Furthermore, Daniel Handler also earned great praise for writing screenplays. The first screenplay he wrote was based on Verdi opera Rigoletto, for Rick which turned out to be successful. Then he effectively adapted Joel Rose’s Kill the Poor in the screenplay. Handler was requested to work on the screenplay of Lemony Snicket’s A Series of Unfortunate Events. However, he finally abandoned the task after producing eight different drafts, in favor of Robert Gordon’s screenplay for the adaptation. A story collection entitled, Adverbs is also Handlers contribution to fiction writing.