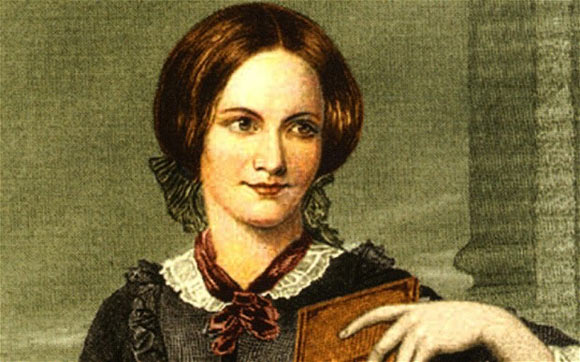 The nineteenth century English literature is incomplete without the literary presence of certain influential writers. One of such names includes the eldest of the three Brontë sisters, Charlotte Brontë. She contributed to the English literary canon with her classic novels and poetry and is widely recognized for her Romantic masterpiece Jane Eyre.

Born on April 21, 1816, in Thornton, West Riding of Yorkshire, Charlotte Brontë was the daughter of an Irish Anglican clergyman. In 1821, her mother died of cancer, then her aunt Elizabeth Barnwell took care of her niblings. The sisters attended the Clergy Daughters’ School but its poor condition perpetually affected the sisters’ health and consequently Elizabeth and Maria died. Following the tragedy, Charlotte and Emily were taken out of the school. In fact, the school served as the model for the Lowood School featured in the novel, Jane Eyre.

Once Mr. Brontë brought a wooden toy set for his son and while the four siblings played with soldier toys they conceived the idea of an imaginary place, which they named ‘Angria’. They began to write stories about the fictional world of ‘Angria’ and its inhabitant. They wrote Byronic stories, articles and poetry regarding the fictional kingdom throughout their childhood and early adolescence. This literary hobby proved to be beneficial for Charlotte to develop refined literary writing skills which assisted her in years to come.

In early 1830s, Charlotte attended Roe Head in Mirfield and wrote a novella, titled The Green Dwarf. After a few years of working as a governess, Charlotte and Emily travelled to Brussels to study at a boarding school, where they also taught English and music. Upon their aunt Elizabeth’s death, the sister returned to their hometown. In 1843, Charlotte came back to Brussels alone and accepted a teaching post at the school. However, she couldn’t stay long and returned to Haworth owing to growing homesickness and attachment to the administrator of the school, Constantin Heger. Moreover, she drew upon her experience in Brussels in her later novels Villette and The Professor.

The first publication of Charlotte’s literary work transpired in the May of 1846. It was the self-financed project of the Brontë sisters which published a joint collection of their poetry under the noms de plume; Currer, Ellis and Acton Bell. Although their first publication did not attain them recognition, they continued to write. Charlotte’s first attempt at novel writing, The Professor, failed to capture attention of any willing publisher. However, at the encouragement of Smith, Elder & Co publication, she began to write manuscript for her second book. The novel, titled Jane Eyre: An Autobiography, was immediately published in 1847. It charts the life of a governess Jane, who had a rough time growing up but eventually makes peace with herself as she meets the Byronic hero, Mr. Rochester.

According to Charlotte, the work of art holds more appeal if it is based on personal experience, which the success of her debut novel proved. Her second novel, Shirley, deals with the theme of economic upheaval and women’s role in the society, was published 1849. It became a huge success like its predecessor and earned her an esteemed position in the literary society of the privileged class. In 1853, Villette, the last novel to be published in her lifetime appeared. The major themes of the novel are the feeling of isolation and its causative factors. In 1855, Charlotte Bronte died of phthisis with her unborn child and was interred at the Church of St. Michael.