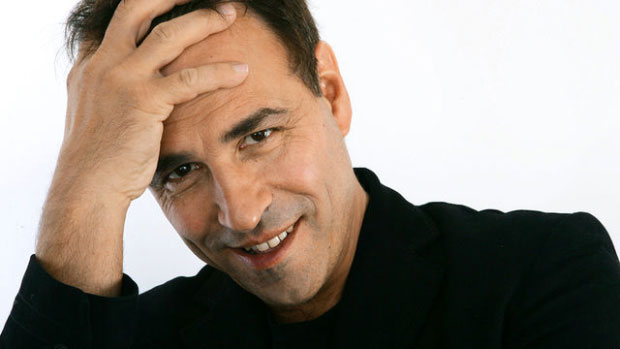 In Scorpio Rising, Anthony Horowitz says, “When the doorbell rings at three in the morning, it’s never good news.” And how right he was; except that it was not the doorbell it was the phone call from the hospital informing the family that Horowitz senior had passed away, succumbing to the cancer that leeched out his life.

The death of his father was a traumatic experience for the odd, shy and overweight Anthony. Because with the passing away of the patriarch the wealthy Jewish family descended into a state of relative poverty – the father had left a number of debts that needed to be paid off. In addition, he had squirreled away his money into Swiss bank accounts that the family was never able to trace out.

Anthony never liked school nor did he have a favorite subject because “…..I was useless at everything….” In class he would be bored and would spend his time dreaming of spying, and solving crimes. His school days were spent telling stories to his friends because at the age of 8 he had already decided that he wanted to become a writer. “I had three brilliant English teachers at secondary school. They found the writer in me” says Horowitz, who hated school and felt tormented and tortured by his teachers. He was extremely unhappy until “…..  I vividly remember being 14. That was the age when I started to get happy: I started being a writer and stopped being a loser”.

Horowitz’s specialization is writing children’s novels, and his most successful series to date is the ‘Alex Rider’ series of books. The teenage spy, in the series is an inspiration from the James Bond books of Ian Fleming. The glamorous Bond, outsmarting the ‘evil’ communist helped Horowitz create the character of the teenage spy.

Horowitz favors ‘the child alone in the world…’ . This child is probably an orphan, who has to fend for himself, therefore he becomes smart and savvy in outsmarting adults. That is what his teenage heroes are. He says,

I feel very privileged to have reached so many kids
because a life without stories, without the power of books, would be a very grey world, it’s good to add colour.

He is very supportive of organizations that help abused children, and he regularly contributes to them. He cannot ever forget his unhappy school days and how he was mistreated and physically abused by the teachers.

Anthony Horowitz is serious about writing; it is his passion. He starts work early in the morning and works almost 10 hours seven days a week. He starts with a concept or central theme and goes on to add the ‘ingredients’ or incidents. It is only when he is absolutely certain about what he’s writing. That he begins to write.

Horowitz “….love[s] writing different things…..” Therefore he writes articles for newspapers, journals and periodicals. He is also a noted screenwriter and is famed for the series Foyle’s War, which is produced by his wife. He has also written for other popular serials and it is only recently that he has turned to writing adult novels.